Will resign if proven guilty of wrongdoing, says PM 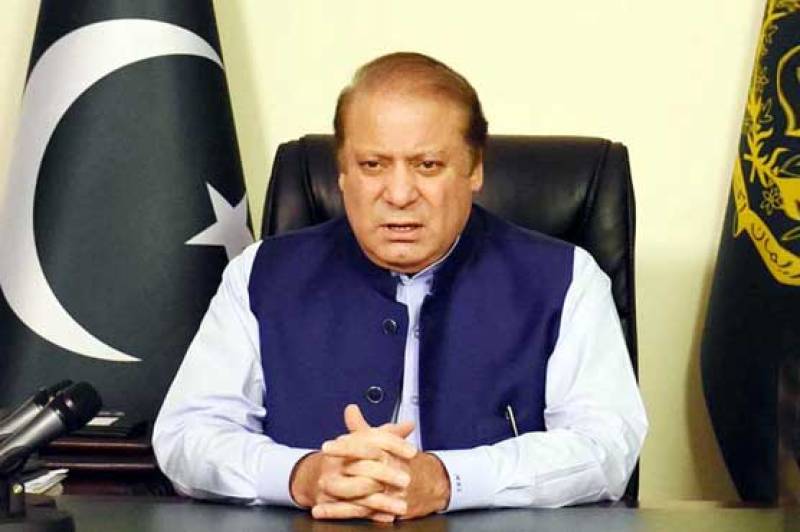 ISLAMABAD (Staff Report) Prime Minister (PM) Nawaz Sharif has announced that he would write a letter to Chief Justice of Pakistan for setting up of a Commission to probe allegations being levelled against his family in the wake of Panama Leaks.

Prime Minister Nawaz Sharif has said he would resign if anything is proved before the judicial commission formed to investigate off-shore wealth in the wake of Panama Papers.

“I announce to present me and my family for accountability,” the prime minister said. “I will go home if found guilty,” he added.

PM stated that his entire life is like an open book, which is there to be interpretted. He said that he loves the land of the country as he was born and raised here. PM Nawaz said that attempts are being made to destabilise the country.

"I challenge all those who are allege tax fraud to come forward and present evidence. If charges are proved against me, I will resign immediately,"

"Once again certain elements are attempting to destabilise Pakistan in the wake of Panama Papers," he added.

The Prime Minister said he would accept the verdict of the Commission. He, however, added that whether people would forgive those who are levelling baseless allegations and their claims proved untrue in investigations by the Commission.

Nawaz Sharif said his Government fully believes in elimination of corruption, good governance and transparency. This is also acknowledged by international institutions.

The Prime Minister recalled  people that despite the fact there was no mention of his name in Panama Papers but he has announced formation of an inquiry commission.

He regretted that some elements including those in media started a propaganda campaign including character assassination of honourable judges so that they do not agree to become part of the commission.