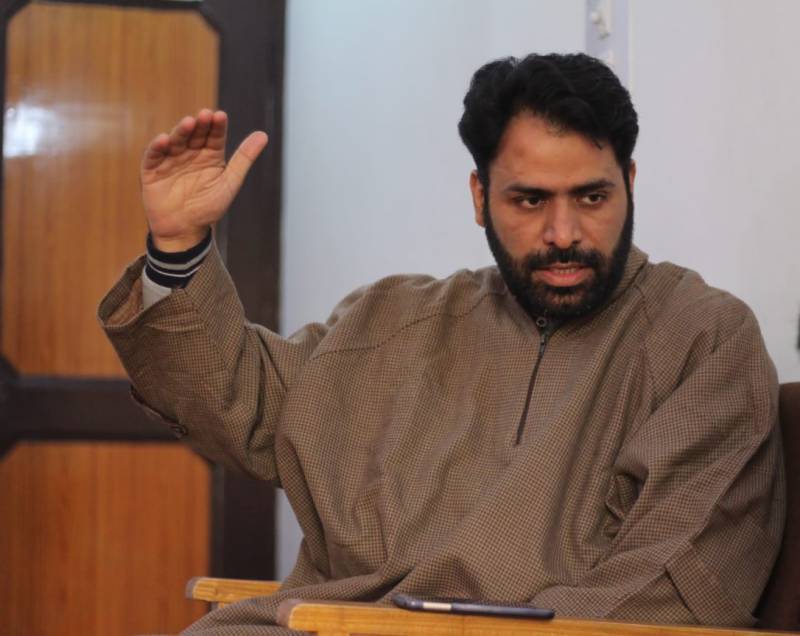 LONDON – The members of British Parliament have expressed concerns over the arrest of a human rights activist, Khurram Parvez, by Indian forces in illegally occupied Jammu and Kashmir.

Debbie Abrahams FFPH, Member of Parliament for Oldham East and Saddleworth and Chair of Kashmir APPG has written a letter to the High Commissioner of Indian to the UK, seeking update about the welfare of Parvez. The letter carries names of more than a dozen British lawmakers.

“Further to my letter of 1st December 2021, Parliamentary colleagues from all political parties, and from both Houses of Parliament, beseech you to respond to our request for an update on the welfare of Khurram Parvez, the Kashmiri human rights activist, who was arrested by the National Investigation Agency in Srinagar Indian-administered Kashmir, and who is currently reported to be imprisoned in New Delhi,” she wrote in the letter.

She added it was understandable that his arrest took place after the Jammu Kashmir Coalition of Civil Society, which Parvez coordinates, criticised Indian forces for allegedly killing civilians during a controversial shootout with alleged rebels in Srinagar.

She said the arrest had raised concerns not just in the United Kingdom, but in the United Nations, by Mary Lawlor, the UN’s special rapporteur on the situation of human nights defenders, who made clear that Parvez was not a terrorist but a human rights defender.

The Office of the UN High Commissioner on Human Rights (OHCHR) has also issued a statement expressing their deep concern on the arrest of Parvez, she said, adding that it was understandable that in addition to Parvez, over the last 2 years nearly 2,500 Kashmiris have been detained under the Unlawful Activities Prevention Act, which allows detention without charge for months.

There are also alarming reports regarding recent so-called ‘fake encounters’, where alleged rebels have been killed by Indian armed forces and/or police, but in fact have been found to be civilians.

The latest of these was a reported ‘shootout’ in a shopping complex in Srinagar. Indian police initially described the incident, which took place last month, as a counter-insurgency operation in which two militants and their associates had been killed in this gunfire.

However, the families of three of the men that died have accused Indian forces of killing civilians and using them as human shields.

To add to the families’ grief the Indian authorities refused to initially hand over the bodies to the families and buried them in a graveyard 80km (50 miles) away. What’s the justification for this?, she asked.

This follows forces claiming they had killed three “unidentified hardcore terrorists” in a gunfight in Amshipora village of Kashmir’s Shopian district last July 2020, only to have the families of these young men strongly dispute that this is the case.

Debbie Abrahams wrote that Meenakshi Ganguly, South Asia director of Human Rights Watch had called on the Indian authorities to have a transparent, credible and independent investigation into the Srinagar shopping complex incident.

“We understand that Magisterial Inquiries are normally required in these circumstances, but given 108 magisterial probes have been ordered in Kashmir in the aftermath of violent incidents since 2008, and that none of the reports from these have been made public, nor has a single person been convicted, there is not much trust in the process,” she added.

Concluding the letter, she urged the Indian high commissioner to give response over the arrest of Khurram Parvez.