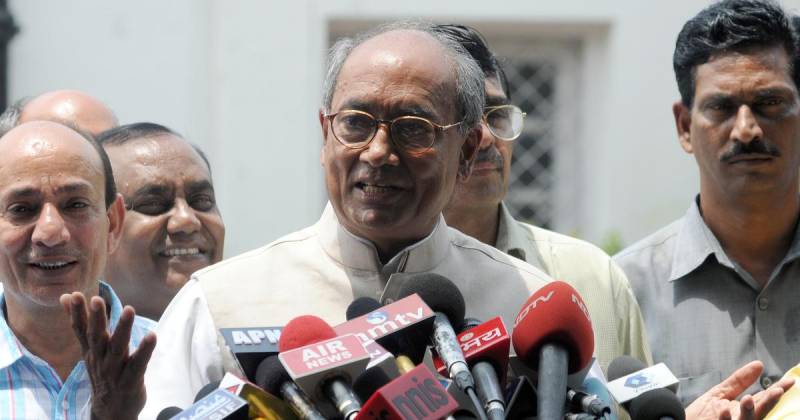 NEW DELHI – A senior leader of India’s main opposition party has been severely criticised for saying that his party will relook into the scrapping of Article 370 if came into power at the centre.

The BJP-led Indian government of Prime Minister Narendra Modi scrapped Article 370 of the Constitution on August 5, 2019 that gives special status to the disputed state of Jammu and Kashmir.

As Kashmiris reacted angrily to the development, the Modi government imposed a ruthless curfew across the occupied state of Jammu and Kashmir to suppress the dissent. Life has not returned to normal in Kashmir since.

Many including former chief ministers Mehbooba Mufti, Omar Abdullah and his father Farooq Abdullah were detained for several months soon after the centre's move.

Now BJP leaders are attacking Congress leader Digvijaya Singh for his statement on Article 370, saying the Congress had opposed revocation of the article and a resolution was passed against it by its top decision making body. The Congress had insisted that all stakeholders should have been consulted before taking the decision.

Later, Digviyaja Singh responded to all the criticism in a series of tweets. "Millions of Congress workers sympathisers and all those who are opposed to BJP Modi Shah regime would fight every inch to vote out this disastrous regime (sic)," he said in a post.

"Perhaps, illiterate people don't understand the difference between 'shall' and 'consider'," Mr Singh said in another tweet in Hindi.