Saba Qamar is definitely a force to be reckoned with and here's why! 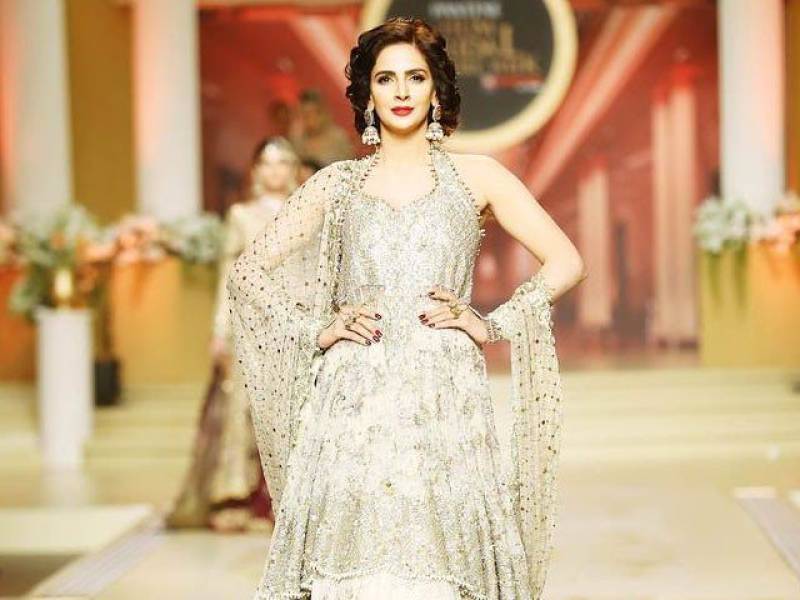 The extremely talented and accomplished Saba Qamar has proved time and time again that she is a force to be reckoned with. Her latest collaboration with Bollywood superstar, Irrfan Khan has successfully bagged 5 nominations at the 63rd annual Filmfare Awards and has catapulted Miss Qamar to fame and recognition across the border; a feat few Pakistani actresses have been able to pull off.

One of Pakistan's most popular and highest-paid actresses, Saba Qamar Zaman first began her acting career with television in a drama series titled Main Aurat Hoon in 2005 and made a name for herself doing several notable roles such as her role of Suraiya in Dastaan for which she won the Best TV actress awards at the first Pakistan Media Awards in 2010, her perfect depiction of class struggles in the PTV social drama, Bint e Adam which was a major critical and commercial hit and she is also the recipient of the Best TV Actress trophy in both the public and jury choice categories at the 16th annual PTV Awards in 2011.

Known for her moving performances and sheer skill at invoking her audience's emotions, Saba Qamar has recently brought the life and struggles of deceased Pakistani actress and social media celebrity, Qandeel Baloch to our television screens. In an unforgettable performance in Qandeel's memory , Miss Qamar has not only won all our hearts but has distinguished herself as an undisputed actress within Pakistan.

She made the transition to film in 2015 when she starred as Malika e Tarannum, Madam Noor Jahan in the Sarmad Khoosat production of Manto which was met with International acclaim. She recently ventured out further into a territory that has been hard to conquer with the fairly recent ban on joint ventures by the Indian Motion Picture Producers’ Association (IMPPA). Despite controversy and the risk of failure, Miss Qamar went on to continue her shoot for 'Hindi Medium' with the praise, the box office numbers and the appreciation of fans on both sides of the Pakistan-India border led to her being the first Pakistani actress to score a Leading Actor nomination at India’s Filmfare Awards.

She also won Best Breakthrough Performance for the 2017 Masala Awards;

Besides these noteworthy achievements, Saba Qamar is the recipient of several accolades, including a Lux Style Awards, Hum Awards and a Filmfare Awards Nomination for her film Hindi Medium.

After Hindi Medium's success and achievements many celebrities and colleagues took to Twitter to congratulate Saba and to recognize this as an important moment in history for Pakistani talent;

Saba....so so proud of you! You’ve always been my absolute favourite, someone I get inspired by, all the time!... https://t.co/Ug8VMNkKFP

Saba Qamar you deserve all this and more! Congratulations and hugs on the @filmfare nomination! @s_qamarzaman ❤️❤️❤️

In return Saba posted this picture of a cake a fan sent in to congratulate her and wrote; Audience's love is my real award ❤️Thanks for taking the time to think of me and thank you so much for the lovely gift @maqsbakehouse ❤️?

Her brush with success is the result of sheer dedication and hard work and a drive to make a mark on not only the Pakistani film industry but to more successful endeavors beyond Pakistan. We wish Miss Qamar all the best and are proud of all that she has achieved for our country!