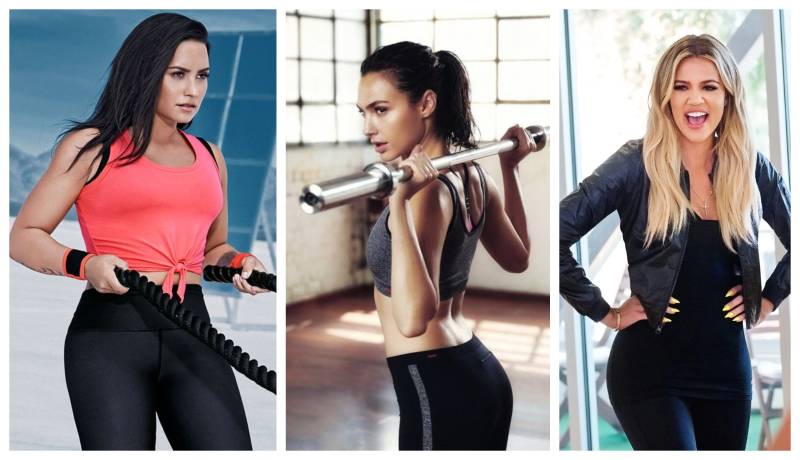 We come across a number of different diets and hundreds of ways to perform cardio when we look for the ways to get physically fit, but sometimes none of them seems to work. Many of us associate weight lifting or deadlifting a thing only meant for the professional body-builders. Some of us may go as far as thinking that weight lifting will turn us into a Hulk, and this could not be any further from the truth.

It has been proved that weight lifting can help us incredibly in losing unwanted fat from the body. While lifting weights, the muscles burn far more calories as compared to simple cardio.

One of the Hollywood’s famous actresses, Rosamund Pike, recently posted a throwback video of herself working out in the gym. The clip was from the time she was preparing for the role of Marla Grayson in the drama-thriller I Care A Lot, and can be seen making her own record of deadlifting.

The 41-year-old ‘Gone Girl’ star was excited to hit the 100 lbs club and captioned the video with, “Joining the ???? lb club. Working out with @tonygentilcore in Boston for #icarealot. Marla Grayson is a lioness. And lionesses need to be strong.”

The Kardashians are known fitness freaks, especially Khloe who spends a lot of time in her gym working on the dream body. Weightlifting is a major part of her workout plans.

Gal Gadot did intense weight training in order to prepare for her role in 'Wonder Woman'. According to Health, she could not do a pull-up till she started lifting weights. It also helped her gain 14 pounds of muscles.

Demi Lovato is yet another female celebrity who loves building strong muscles and doesn't shy away from carrying some weight. In an interview with a health magazine, Lovato revealed weightlifting has helped her with recovering from an eating disorder.