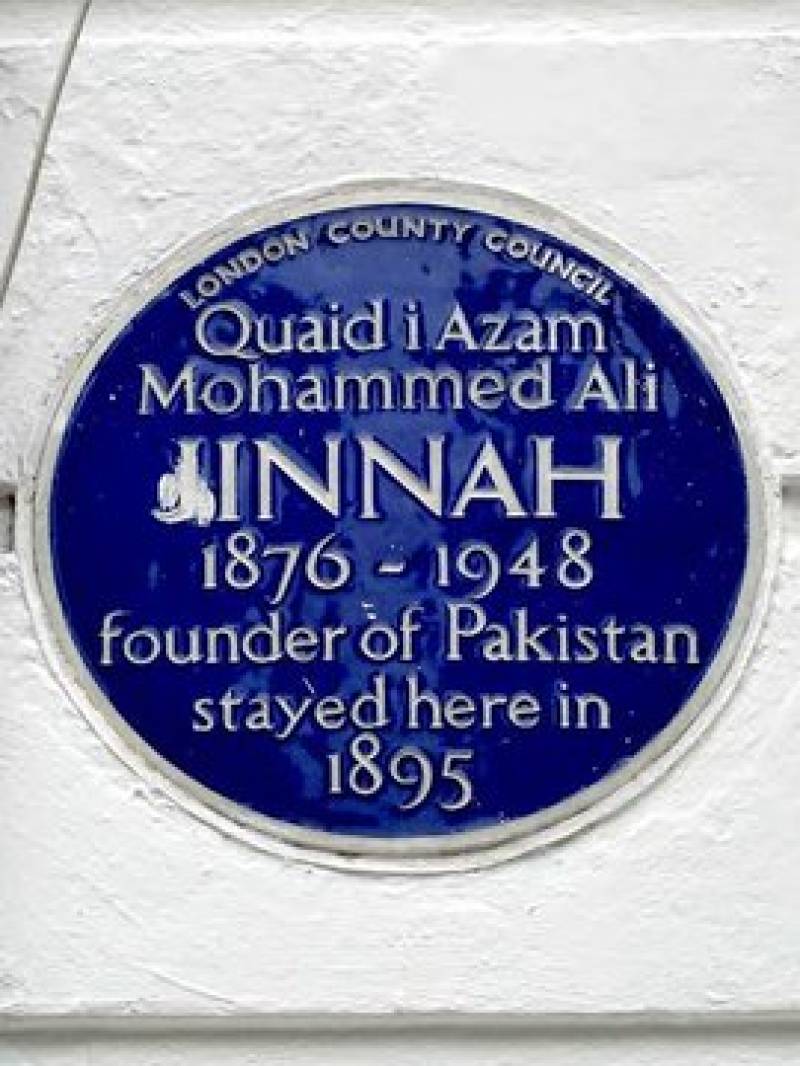 Every week, the Foreign ministry shares a ‘Footprint Friday’ to create awareness regarding high achievements of the people of Pakistan.

This Friday, it celebrates Quaid-e-Azam, Muhammad Ali Jinnah, by commemorating him with a deep blue plaque placed in London's Holland Park, where he lived in 1895 while reading law as youngest member of subcontinent to be called to the bar at 19.

Today’s #FootprintFriday celebrates founder of Pakistan, Quaid e Azam, Mohammed Ali Jinnah. He is commemorated with a blue plaque in London, placed in Holland Park where he lived in 1895 while reading law as youngest member of subcontinent to be called to the bar at 19. pic.twitter.com/Zkaw20Cbdc

The wise and visionary soul devoted his entire life, worked relentlessly day and night, and earned for Muslims this independent state which we proudly call our homeland.

In 1895, at the age of 19, in London Jinnah joined Lincoln’s Inn, where he completed his formal education and also made a study of the British political system. During this time, he also worked for the Parsi leader Dadabhai Naoroji, a leading Indian nationalist, who ran for the British Parliament.

On Jinnah's return in 1896, he started his legal practice in Bombay. His efforts were crowned after years of hard work and he succeeded in establishing himself as a barrister. Later Jinnah actively turned towards politics.

The great leader’s efforts are remembered and acknowledged even till today, not only by Pakistanis, but eminent world leaders speak highly of him; not only during his life, but have been paying great tributes after his demise too.