Stick to US troops withdrawal from Afghanistan, Pakistan urges Biden 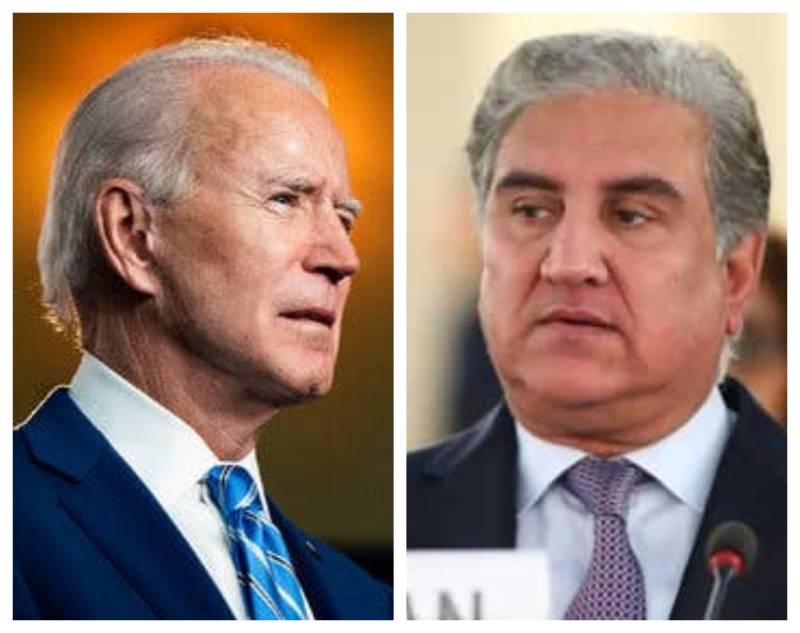 ISLAMABAD – Pakistan hopes for greater engagement with the new United States government and calls on President Joe Biden to follow up on the ongoing Afghan peace process and withdrawal of US troops from the country, Foreign Minister Shah Mehmood Qureshi has said.

"I think they (Biden administration) should realise there is an opportunity in Afghanistan and they should persevere with what was initiated and not reverse things," Qureshi said in an interview with Al Jazeera.

"Push them forward, because, after a long time, we have started moving in the right direction," he said.

Pakistan facilitated the intra-Afghan talks and the US-Taliban dialogue and has now called for the US to stick to the agreements.

Former US President Donald Trump accelerated a timeline for troop withdrawal agreed with the Taliban in February last year, as the Biden administration comes in with 2,500 US soldiers on the ground in Afghanistan.

Under last year's historic deal, all US troops are due to leave Afghanistan by April, but the Pentagon recently hinted it could delay that if violence does not abate.

"We are concerned because we feel violence can vitiate the climate," Qureshi added.

"Pakistan has done a lot, we have really bent backwards to create an environment to facilitate the peace process," he said, while blaming "spoilers" for the violence, identifying them as internal Afghan players "who have benefited from the war economy".

Qureshi said "there are elements from outside who do not share our vision, which is a peaceful, stable, prosperous Afghanistan." "It is a shared responsibility to begin with but the ultimate responsibility is with the Afghan leadership. It's their country, it's their future," he said.

He said, "Our approach, thinking, objectives and shared visions are very much in line with the priorities of the new administration. And that convergence can be built further." Qureshi also called on the US not to view Pakistan's close ties with China an economic and political rival to the US as a "zero-sum game".

"They have to understand that our relationship with China is not a zero-sum game for them," he said, making note of China's $60 billion investment in the China Pakistan Economic Corridor.

"They (the US) should come, compete and invest."

We look forward to working with the new US administration in building a stronger 🇵🇰 🇺🇸 partnership through trade and economic engagement; countering climate change; improving public health; combating corruption; and promoting peace in the region and beyond.#MofaPakBriefing pic.twitter.com/106TuDX91Z

He added that Pakistan was willing to act as a mediator between China and the US, a role it played in 1972 when it facilitated talks to set up an historic visit to Beijing by then-President Richard Nixon.

"Pakistan traditionally has had the opportunity and has built bridges between the two. In this environment, where there is a change Pakistan can be a bridge-builder," he said.