Messi or Ronaldo? Barcelona star Luis Suarez weighs in on who is better 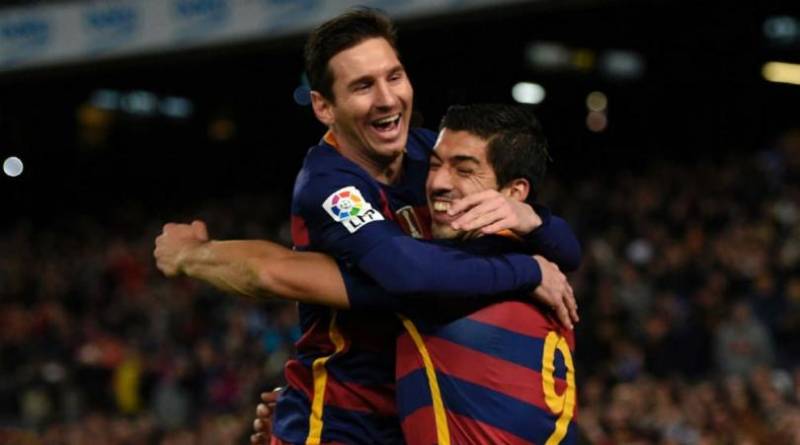 Barcelona forward Luis Suarez said on Friday that he believes his club teammate Lionel Messi is the best football player on the planet, adding that he does not believe Cristiano Ronaldo's trophy winning exploits with Real Madrid and Portugal should result in him taking the Ballon d'Or off Lionel Messi this year.

Those successes have established the former Manchester United forward as a strong favourite for the 2016 award, and Barcelona star Neymar even said last week that he expects Ronaldo to scoop the gong.

But Suarez is in no doubt that his team-mate Messi remains the pre-eminent performer in world football.

"It is true that [Ronaldo] won those trophies but for me there is no question that Leo is the best player in the world," he said.

"Whether or not he wins that prize he is the best player by far. He has more of an effect on the game that anyone one else.

"He couldn't win a title [the Copa America] with Argentina but he has won so many titles with Barcelona and I think that he deserves the Ballon d'Or."

As Messi recuperates after missing a spot-kick in Argentina's Copa America final defeat against Chile on penalties and Neymar prepares for Brazil's Olympic campaign, Suarez is the only member of Barcelona's famous front trio in pre-season training ahead of the new season.

Nevertheless, the ex-Liverpool striker is unconcerned over the disruption and is aiming high once more for the forthcoming season.

"I'm training with some other team-mates and guys from Barca B that I didn't know as well," he added.

"We are preparing ourselves physically and getting ready for the season.

"I talk to Luis Enrique about the normal things that we talk about in pre-season, getting ready to try and achieve our objectives for this season."