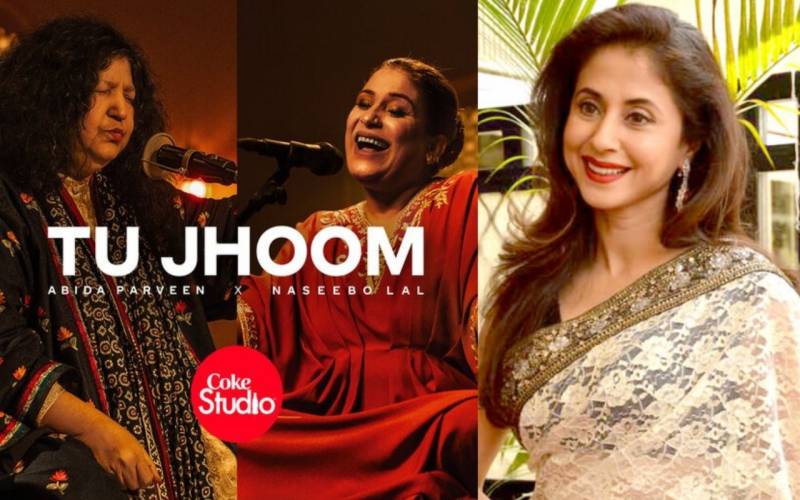 Pakistani Coke Studio has fans all over the world including Bollywood celebrities who have been seen grooving to the catchy beats multiple times.

Urmila Matondkar too named herself among the list of celebrities that proved that music has no boundaries. Xulfi -Pakistani music composer and Coke Studio producer - shared his appreciation when the news of Matondkar's little gesture got to him.

The Rangeela actress used Abida Parveen and Naseebo Lal's smash-hit "Tu Jhoom" as the background music for one of her reels on Instagram.

Donning a beautiful lehenga in a rich pastel gold palette, the revered Bollywood actress moves to the banger, looking ethereal.

Coke Studio's 14th season has been making and breaking records with the songs featured in series like Ms Marvel, and also including Grammy award-wining Arooj Aftab. Music lovers from all over the world have been praising Xulfi's efforts and his mentorship of the platform.

Urmila Matondkar is an Indian actress and politician. She was active in the 90s and bagged numerous accolades with Judayi, Satya, Bhoot, Masoom, and Kunwara.

Inaya Khan dances her heart out at sister's wedding ceremony