'I am really enjoying my game', Dhoni willing to quit ODI captaincy 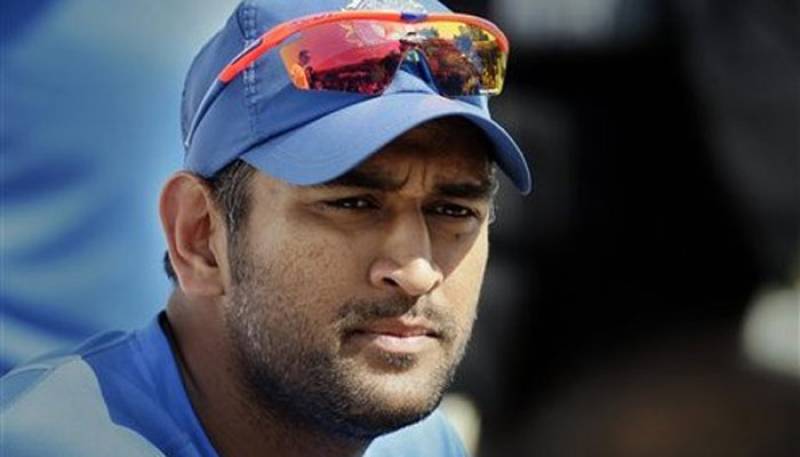 DHAKA (APP) - Mahendra Singh Dhoni is willing to step aside as India captain and focus on his own game if it will help the team, the 33-year-old said in the wake of their first ever one-day series defeat to Bangladesh.

The long-serving leader, who will turn 34 next month, gave up the test captaincy midway through the series in Australia in December before retiring from the longer format altogether.

And with two humiliating ODI losses in the first two matches of the series against their neighbours, Dhoni was asked if he still enjoyed leading the Indian team.

"I am really enjoying my cricket," Dhoni said after his side's six-wicket loss at Mirpur on Sunday. "I know this question was coming. I know the media really loves me.

"Yes, if it is a justifiable thing that if you remove me and the Indian cricket will start doing really well, and if I am the reason for all the bad that is happening to Indian cricket, definitely I would love to step away and play as a player.

"Ultimately you want India to win. It doesn't matter who is the captain.

"I was never really in line to become a captain. It was a job or responsibility for me. I have taken that responsibility. If they want to take it away, I am happy to give it away."

The wicketkeeper-batsman took over the ODI mantle from Rahul Dravid after India's group-stage exit from the 2007 World Cup in West Indies and is considered the country's greatest skipper in limited-overs format.

He has won a Twenty20 World Cup, the 2011 50-overs World Cup at home and also the Champions Trophy in England, as well as taking India to the top of world test rankings.

"What is more important is to play for the country and contribute to the team and try to keep the dressing room atmosphere good," said Dhoni, who promoted himself to number four in the batting order on Sunday and made a laboured 47.

"So that whenever youngsters are coming in, they can come and perform. That will be the ultimate achievement for me.

"Indian cricket had been used to players coming in toned, ready for international cricket. Now it has changed. You have to grind it through. You can't win every series you play."