Is Ramadan all about transmissions, game shows & unethical behaviour now? 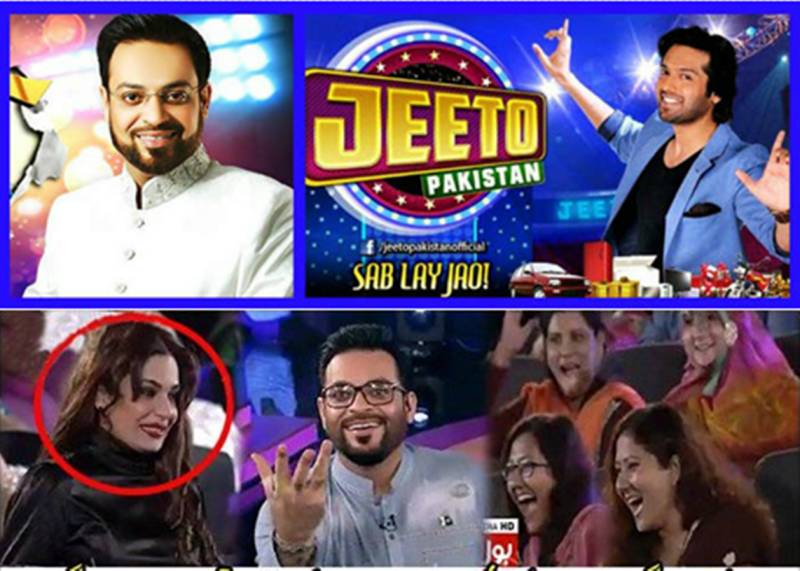 In most countries where Muslims reside, Ramadan is time for seeking forgiveness from the Creator, reciting the Qur'an and promoting good deeds. People express their gratitude for the blessings of Allah Almighty and Muslims get a chance to get closer to their Lord.

However, is there something that is distracting us from the MAIN PURPOSE and the essence of the holiest month on the Islamic Calendar?

Where people are supposed to appreciate the blessings given by Allah, game shows do the exact opposite. They make you sulk and beg for more: more scooters, more cars, more gold, more silver. People are showing that they can go to any lengths, often to undignified extremes, to have something or another in these shows, and the hosts are playing God.

There is a RAT RACE amongst these transmissions, on who can get the maximum ratings by doing the craziest, most horrendous things on their shows. Making contestants stuffing raw eggs in their mouths is just one of the examples. People are doing all sorts of crazy things to win gifts in these transmissions.

This vulgarity gets the attention of audiences, and they laugh and rejoice as they forget completely the essence of Ramadan.

These shows are being appreciated more than the average man, who gives alms in the name of his Lord without letting another person know, and does so in secrecy.

Instead, people applaud the likes of Fahad Mustafa, who refers to people as 'abay', 'moti tazi auntian', 'tu chal', and disrespects women regarding their weight by offering them a bike based on how FAT she is.

Is this what Islam teaches us to do? Is it what Ramadan means?

The lack of basic manners and etiquette is being laughed upon, and I realize that the spirit of Ramadan is long gone.

Sahir Lodhi ridiculed a woman in his Ramadan transmission who was giving a strong message of today's Pakistan, and instead said crazy things like 'Quaid ne itne logon ko shaheed karwaya', which made us realize that these hosts have no information whatsoever about Islam, our leaders, the Holy Month and the ethics to be followed during it.

Recently he has introduced a game segment called 'pakro aur bike lejao', where the girls chase him and they get gifted in return.

Do the parents of such girls willingly push them to beg in front of these hosts for money and gifts? What about the men? Are they willing to have a recording of themselves being stupid at a game show for a scooter, and that too for the rest of their lives?

According to PEMRA, dancing, singing and exercising have been prohibited on all these shows in the month of Ramadan. No vulgar language or topic is to be discussed. People who lack knowledge of religion are not to discuss it at all, but it is disappointing to see that no TV channel is really following the rules, and that PEMRA is not doing a follow-up either.

Maximum ratings is the only thing TV Channels care for anymore, and they have forgotten the true spirit of Ramadan.