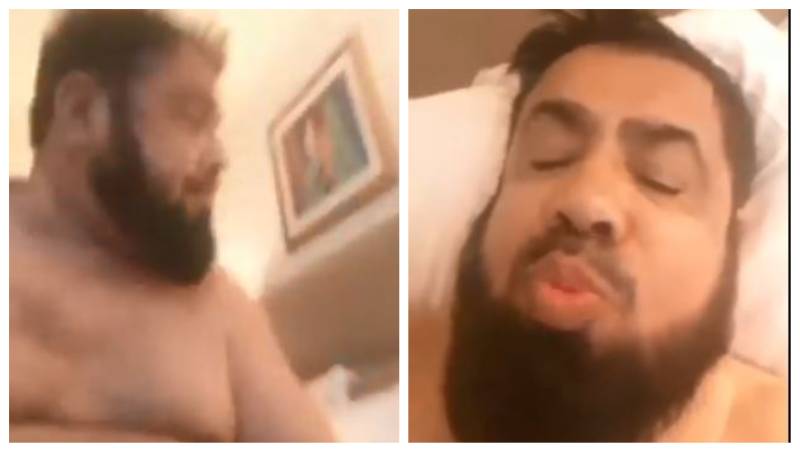 ISLAMABAD – Abdul Qavi, a controversial Pakistani cleric, has hit the headlines again as his latest video is going viral on social media in which he can be seen performing vulgar acts.

The disgraced scholar, who was ripped off of the title of Mufti by his family earlier this year over his immoral activities, is apparently engaged in a video call with someone, who had recorded the obscenity.

This is not the first time that Qavi had been spotted in the controversial videos. Earlier this year, Hareem Shah shared a couple of videos of a controversial religious figure. In one of the videos, Qavi was slapped by Shah for what she calls indecent language.

LAHORE – A controversial Pakistani cleric who was barred by his own family of religious leaders from making ...