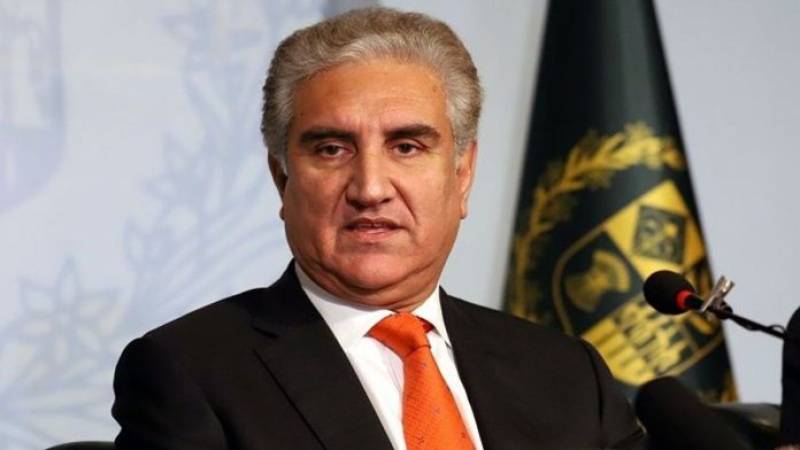 ISLAMABAD – Foreign Minister Shah Mahmood Qureshi on Tuesday challenged India to hold an opinion poll of aspirations of Kashmiris around the world about its illegal action of revoking the special status of occupied Jammu and Kashmir.

On August 5, 2019, India had revoked Article 370 of its Constitution, a step that was used to suppressed the already oppressed Kashmiris by ending the special status of the valley.

FM Qureshi said that if Kashmiris around the world reject unilateral measures in the referendum, India will have to reconsider its decisions.

He said all Kashmiris, including those who had been remained part of the Indian government in the past, are unanimously raising voices against the illegal steps.

The minister highlighted India's announcement to convene a conference on Thursday indicates that "all is not well".

Talking about the current situation of Afghanistan, he lamented that internal stakeholders of the war-torn country are not on one page for peace efforts, adding that the situation is alarming.

He reiterated that Pakistan desires peace and stability in Afghanistan, adding that Islamabad is ready to play its role for durable solution.

SRINAGAR – In their fresh act of state terrorism, Indian troops have killed another three young men in Sopore ...