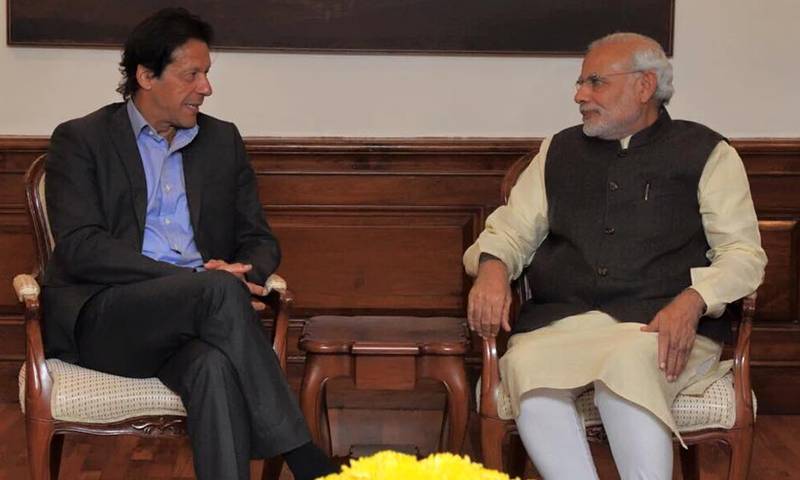 ISLAMABAD - Prime Minister Imran Khan announced on Friday that he had received a message from Indian counterpart, Narendra Modi, in which the latter extended best wishes to the people of Pakistan on the National Day.

The premier took to Twitter and shared the message of Narendra Modi who stressed the need for a democratic, peaceful, progressive and prosperous region.

Received msg from PM Modi: "I extend my greetings & best wishes to the people of Pakistan on the National Day of Pakistan. It is time that ppl of Sub-continent work together for a democratic, peaceful, progressive & prosperous region, in an atmosphere free of terror and violence"

Prime Minister Imran Khan welcomed the message of greetings and good wishes by his Indian counterpart to the people of Pakistan and called for initiation of a comprehensive dialogue with India.

“I welcome PM Modi's message to our people. As we celebrate Pakistan Day I believe it is time to begin a comprehensive dialogue with India to address & resolve all issues, esp the central issue of Kashmir,” he said.

The prime minister also called for forging a new relationship based on peace and prosperity for all the people of the two countries.

The message by Indian premier is apparently a visible sign of a thaw between India and Pakistan who engaged in aerial combat last month and traded barbs.

Indian Air Force violated the Line of Control in the last week of February and claimed to have carried out a strike at Balakot area, however, Pakistan denied that claim and instead stated that payload was dropped by the jets before being whisked away by the Pakistan Air Force.

Indian aircraft violated the Line of Control for one more time, however, his time Pakistan Air Force shot down two fighter jets and captured a pilot Abhinandan alive as well. he was released as a gesture of peace by Pakistan.

The message by Indian Prime Minister comes days after the ruling regime whipped up war hysteria on the pretext of Pulwama attack in which over 40 Indian soldiers were left dead and New Delhi had pinned blame on Pakistan - Islamabad denied the charges and offered to help in the thorough probe.

This year's Pakistan Day is being celebrated with extraordinary fervour and zeal as Malaysian Prime Minister Mahathir Mohamad is attending the National Day Parade in Islamabad as a guest of honour. He is on a three-day visit to Pakistan on the invitation of Prime Minister Imran Khan.

The day is celebrated throughout the country to mark the signing of the Pakistan Resolution by the All India Muslim League in 1940 at Lahore’s Minto Park. The resolution demanded a separate homeland for the Muslims of the subcontinent.