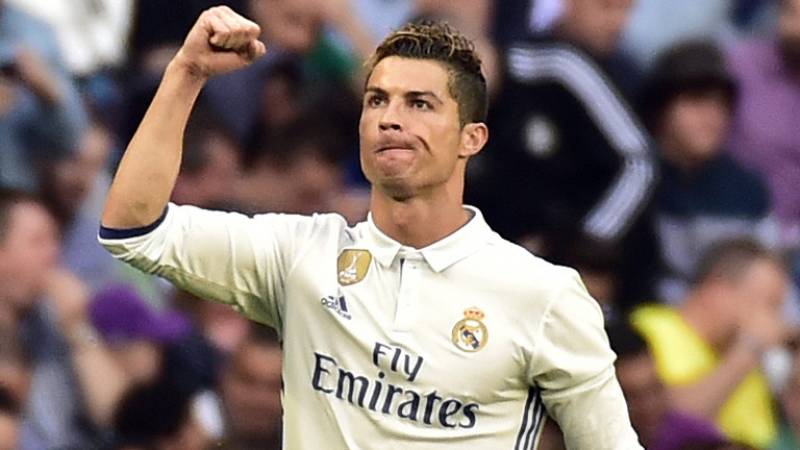 NICOSIA - Cristiano Ronaldo and Karim Benzema both scored twice as holders Real Madrid crushed APOEL 6-0 in Nicosia to seal a place in the Champions League last 16.

Luka Modric volleyed Zinedine Zidane's team into the lead on 23 minutes before Real floored Cypriot champions APOEL with five goals in a 15-minute blitz either side of half-time.

"It was a very good evening for us," said Zidane, whose side fell 10 points behind Barcelona in La Liga following Saturday s 0-0 draw away to city rivals Atletico Madrid.

"We are on the right track. We re doing things well and we are building in strength. It's never easy but it was a complete display and we scored quickly," he added.

But the European champions could face Pep Guardiola s Manchester City in the next round after Tottenham Hotspur s 2-1 win at Borussia Dortmund ensured the English side will finish top of Group H.

"We know that whoever the opposition, they will all be good," said Zidane. "We are going to play a team that will have finished top of their group which means they will be very solid."

Centre-back Nacho reacted quickest to Raphael Varane's flick-on from a corner to increase Real's advantage two minutes later, and Benzema rolled in his second moments before the break after Ronaldo selflessly squared for the Frenchman.

However, he remains the leading scorer in this year's Champions League and netted Real's fifth in Cyprus when he connected with a Marcelo cross on 49 minutes.

The 32-year-old completed the rout five minutes later by notching his eighth goal of the group stage to downplay concerns about his poor form amid Real s faltering Spanish title defence.

APOEL, who go to Wembley to face Tottenham in their final match, must better Dortmund s result at Real in a fortnight to parachute into the last 32 of the Europa League.-Online