Jemima Goldsmith gets amused by question about ex-husband Imran Khan 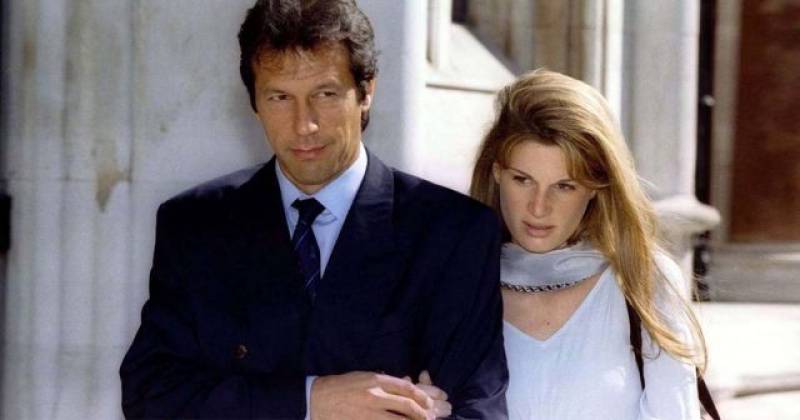 LONDON - Jemima Goldsmith, the first wife of Prime Minister Imran Khan, was left speechless after a fan posted a question regarding her feelings for Imran Khan on Twitter.

A Twitter user asked Jemima a question if she has ever cried badly for Imran Khan. The question left witty Jemima dumbstruck. She responded to the question with an expression of ‘Wow’ while retweeting the post on Twitter. Users took her confused response as a hint at her lingering feelings for her ex-husband, Imran Khan.

Jemima Goldsmith, despite their divorce in 2004, is still popular among Khan’s fans in Pakistan. The couple married in 1995 and parted ways in 2004. Imran Khan and Jemima Goldsmith have two sons, Qasim, and Suleman from the marriage.

Imran Khan and Jemima Goldsmith was the most-sought couple in Pakistan; several fans wished for them to come back together following Imran Khan’s dissolution of a second marriage with Reham Khan. Controversies were rife that Imran Khan might remarry Jemima Goldsmith amid the speculations of his third marriage. Imran Khan, however, ended marrying his spiritual healer, Bushra Maneka.