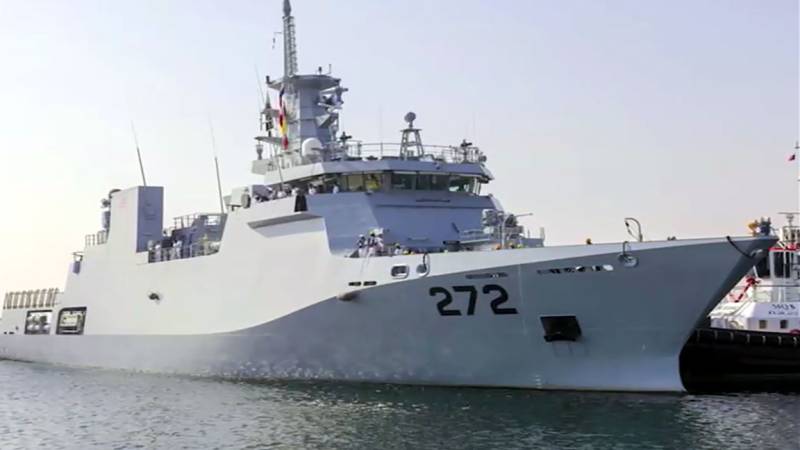 KARACHI – A warship of Pakistan Navy, PNS Tabuk, has arrived at a port in Qatar to provide assistance in maritime security during FIFA World Cup 2022.

The mega football event began with a colourful ceremony at Al Bayt Stadium in Al Khor city of Qatar on Sunday. This is the first time football’s biggest event is taking place in the Middle East.

Upon arrival at the Qatari port, the ship was received by Pakistani diplomatic officials and senior officers of the host Navy.

The commanding officer of the PNS Tabuk discussed maritime security of FIFA World Cup during meetings with top officials of the Qatari navy.

A spokesperson of Pakistan Navy in a statement said PNS Tabuk's assistance in maritime security during the mega event is an expression of confidence in the professionalism of Pakistan Navy.

Last month, a contingent of the Pakistan Army on Monday left for Qatar for the provision of security in the FIFA World Cup 2022.

The troops comprising officers, junior commissioned officers, and soldiers are assisting the Qatari government in the ongoing mega event.

ISLAMABAD – A contingent of the Pakistan Army on Monday left for Qatar for the provision of security in the ...