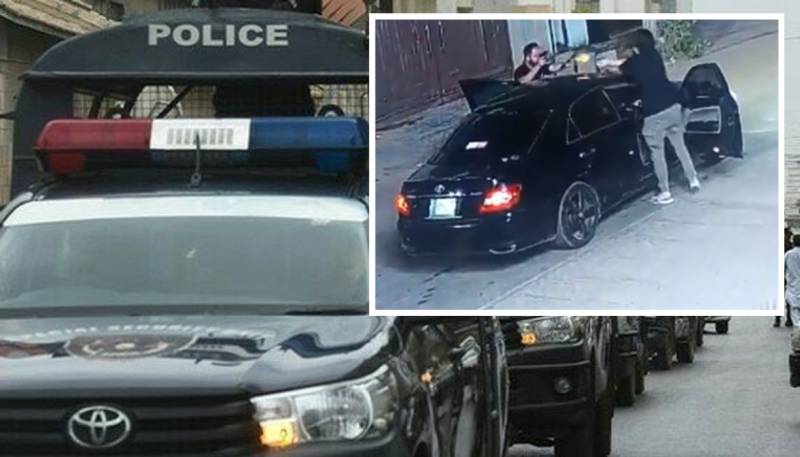 KARACHI – A policeman was shot dead while busting a 'kidnapping attempt' in the wee hours of Tuesday in Defence Phase-V.

DIG South told media that the martyred constable, identified as Abdur Rehman from Shaheen Force, was gunned down in the district south in an attempt to foil a kidnapping bid.

The police party was patrolling in the upscale area of the port city stopped the car and found a hand weapon while a girl stepped out of the vehicle and escaped from the scene, told media.

As the on-duty personnel tried to take the vehicle into possession and bring the driver to the police station, the accused opened fire and managed to flee.

CCTV footage of the incident has also surfaced in which the victim and the suspect could be seen confronting each other. The man after a brief dialogue can be seen opening fire at the police constable.

Later, it was revealed that the suspect, Abdul Rehman, reached Pakistan from Sweden earlier this month.

KARACHI – Police have arrested a suspected terrorist in Karachi who was planning to kill a Chinese doctor in ...

A police party raided the suspect’s house, but he is still at large. Police also recovered four more weapons from the vehicle that was parked inside the house.