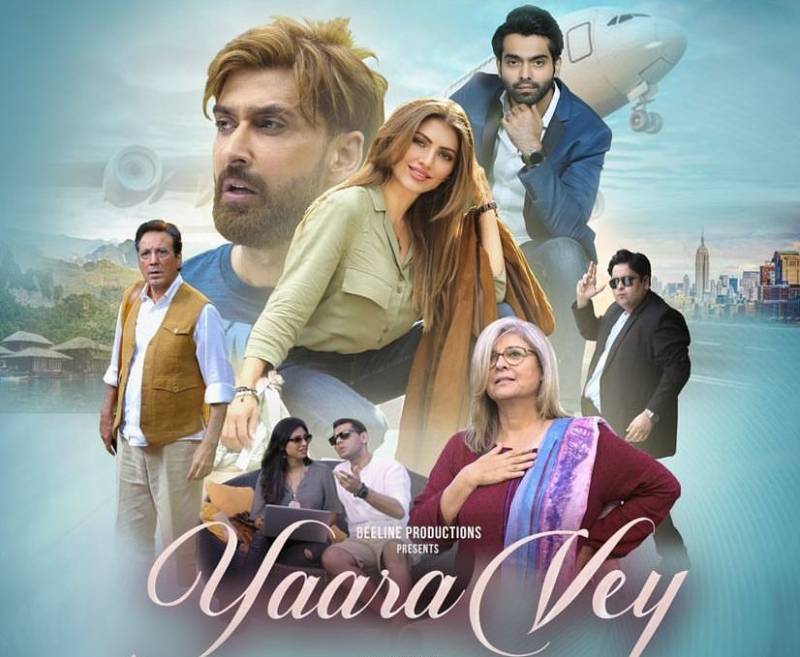 Promotions of the upcoming film Yaara Vey have kickstarted with the cast and crew of the star-studded leaving no stone unturned to create frenzy for the upcoming project.

In the latest viral video, the film stars Sami Khan, Faizan Khawaja and Aleeze Naseer were spotted jamming to the most happening song of the year “Ishq Tamasha” while promoting their film Yaara Vey.

As for the fantastic trailer, it seems that the story will revolve around a love triangle that draws parallels between a safe and predictable love and an exciting yet uncertain one. Yaara Vey is a film that promises to bring something new to the mix, abandoning the trend of relying on comedy to make a movie work.

Yaara Vey will release in cinemas on September 16 after facing years of delay. Originally the film was supposed to release in 2020.