Founder of Mehak , a nonprofitable organization has been accused of sexual harassment on social media. As the #MeToo movement is gaining momentum in our neighboring country women in Pakistan are also taking over social media to unmask their harassers. Such is the case the the founder Syed Imran Ali Shah. 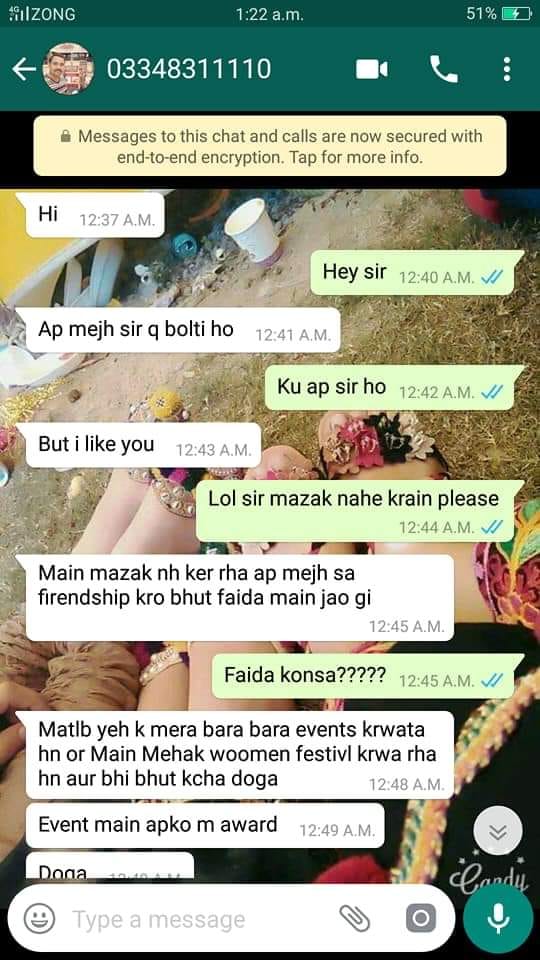 In a series of whatsapp screenshots shared by the girl it got clear of how he sent her messages asking for sexual favors in return offering her a government job and even monthly allowances through. He told her to become “friends” with him and in return her life will be “set”. He even tried to wrap her around his requests by telling her how he arranges big events and she will be awarded in those events which will be held for his organization. 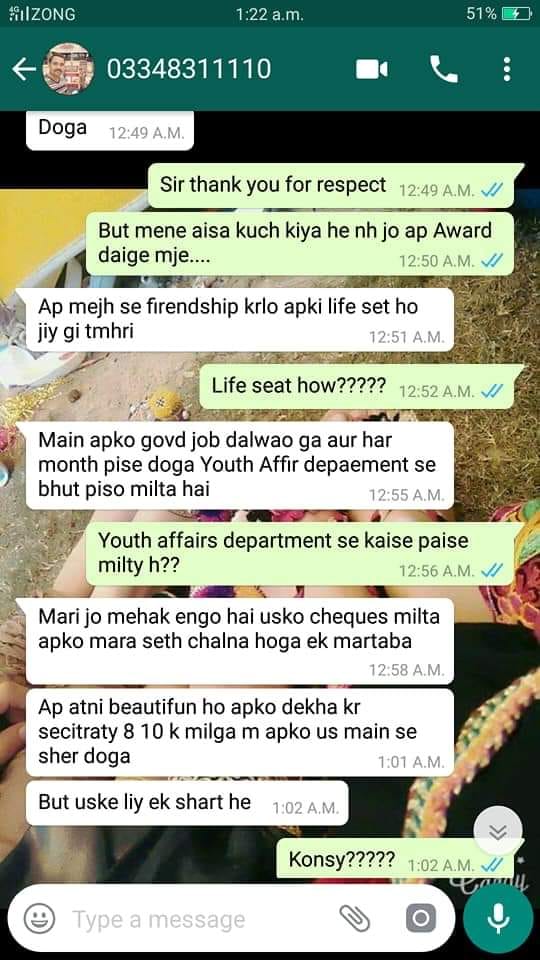 All this under one condition if the girl agrees to his demands of hugs and kisses. After the girl made things clear with him he even told her how he has a lot of girls to his disposal. He even told her how he is friends with the secretary’s PA and can get her monetary funds for her. FB has now shut down the girls social media and Shah took the matter on social media rejecting all the accusations made on him. 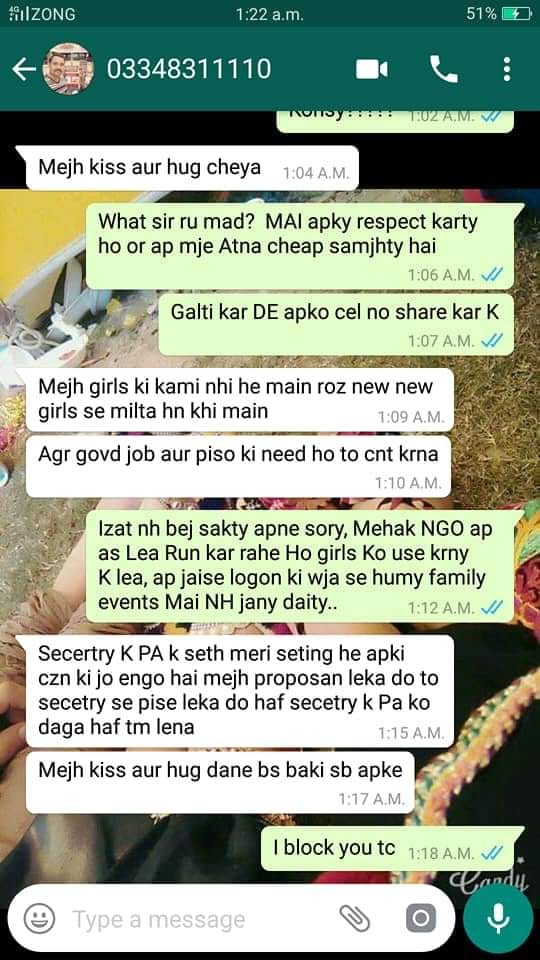 Shah on this matter: 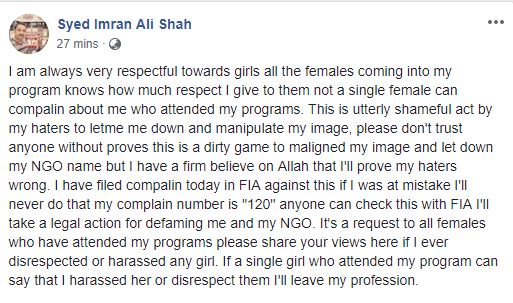