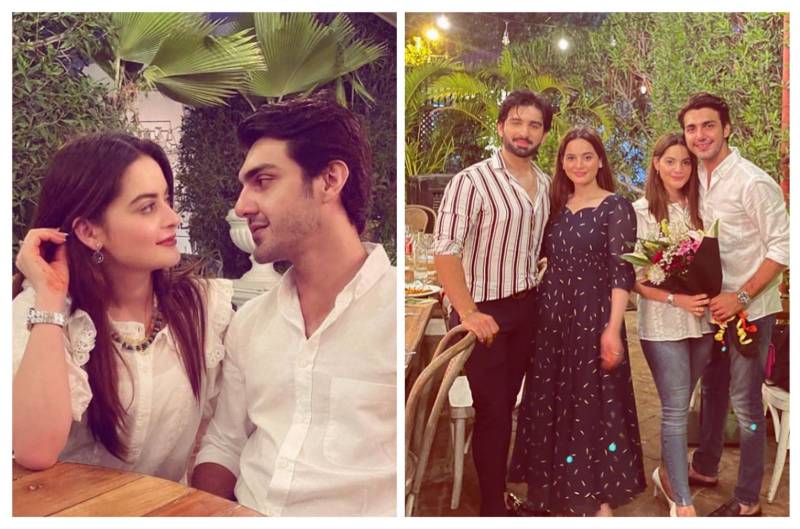 Pakistani celebrity couples Minal Khan and Ahsan Mohsin Ikram are at the receiving end of moral policing this time around over their love-filled pictures that have started going viral on the internet.

Now, they are setting the bar high as the beaming bride Minal celebrated the birthday of her husband Ahsan Mohsin.

Throwing a lavish birthday dinner, Minal had adorable tricks up her sleeves as she celebrated her husband birthday alongside close friends and family including twin sister Aiman and Muneeb.

But their pictures were lambasted and garnered mixed reactions from their fan-following. The keyboard warriors threw derogatory comments toward the couple and slammed their love-filled moments that were captured on camera. 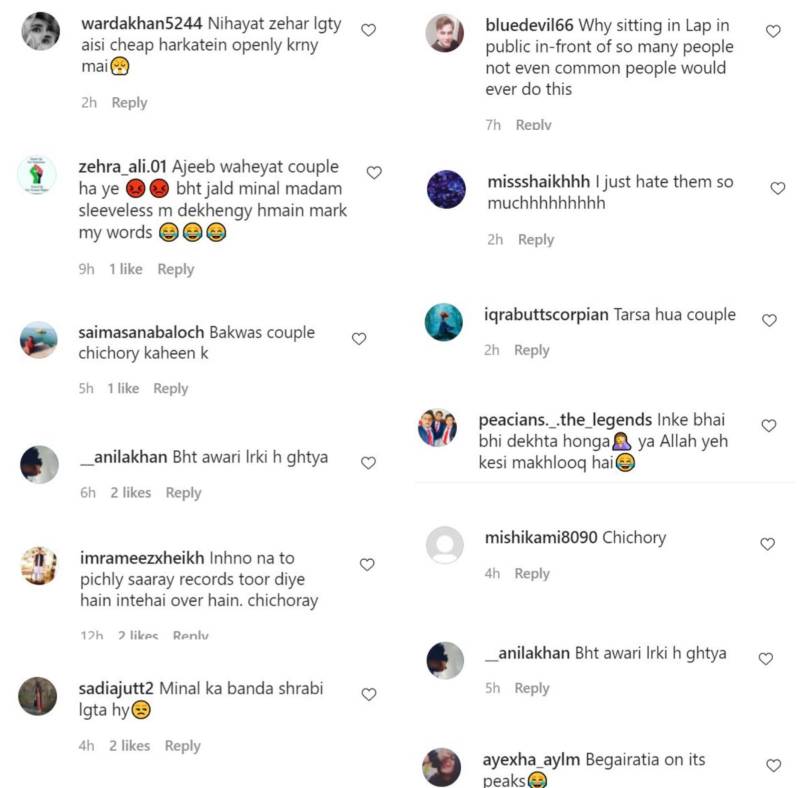 The star-studded wedding was a fabulous affair and the guest list included some famous celebrities who were spotted mingling with the happy couple.

Minal Khan and Ahsan Mohsin Ikram’s wedding festivities might have ended but the fairytale wedding that concluded ...