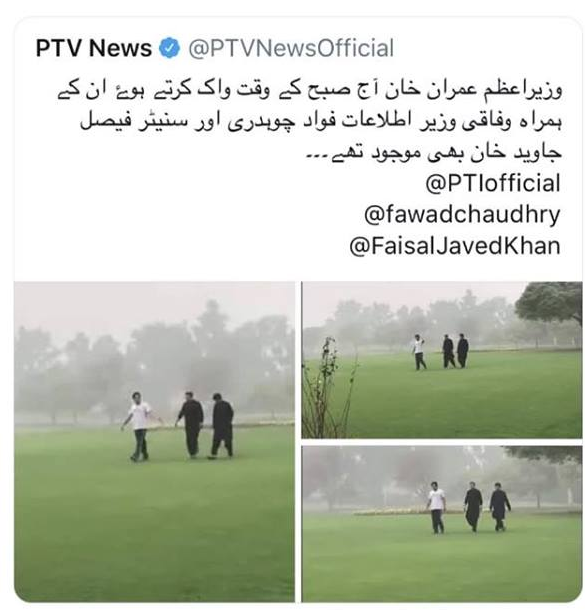 But, here is a catch in the pictures shared by the state-run television need to be noticed. The images were taken around nine months ago when Khan was enjoying the morning walk with his close aides at a farmhouse owned by Jehangir Tareen Khan.

A video of the morning workout was also posted online in November 2017. 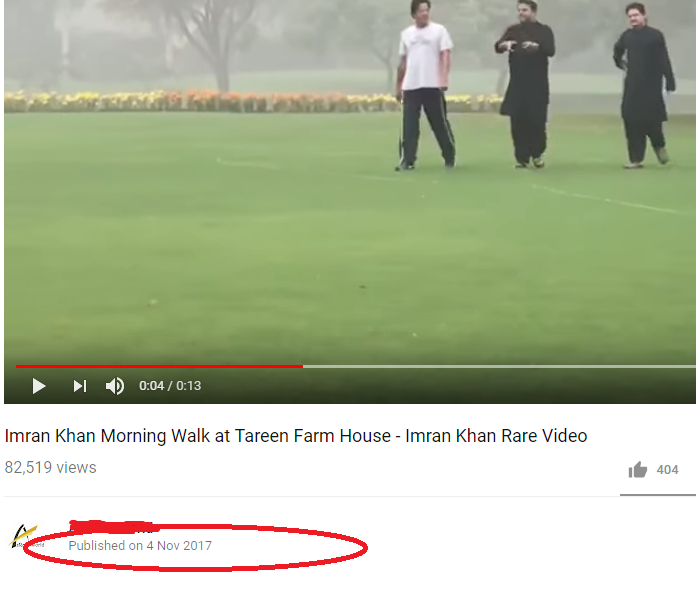 After the active social media users spotted the mistake and grilled the government-controlled television, PTV took down the Twitter post as it is now unavailable.

Earlier, the pictures of Prime Minister of Pakistan made headlines when he started his duty a day after taking the oath for the post as he reached PM office after morning exercise.

“It takes a very special breed to attempt four fields, commit to each one of them, and change all of them forever. This is something only Imran Khan has achieved.”

Hussain said that the reforms are being introduced under the vision of the newly-elected Prime Minister Imran Khan, adding that clear instructions have been issued for a complete editorial independence on PTV and Radio Pakistan.