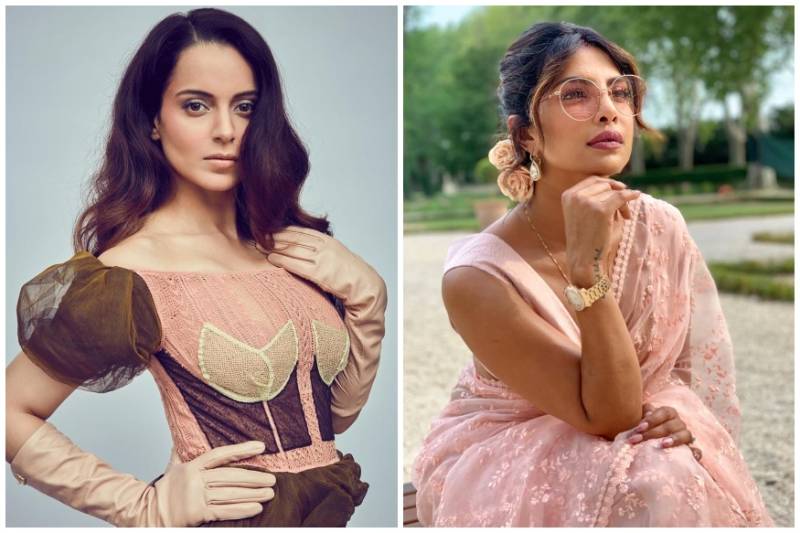 MUMBAI - Bollywood star Kangana Ranaut has recently supported fellow actress Priyanka Chopra for her tweet in which she encouraged nuclear war with Pakistan.

It all started when recently Priyanka Chopra was called out by a Pakistani girl at a BeautyCon event in Los Angeles. No one has so far come to the Fashion actress’ defence except for Kangana Ranaut.

ISLAMABAD - The Federal Minister for Human Rights Shireen Mazari on Monday said that the UNICEF needs to take action ...

In her latest interview, Kangana defended Priyanka by saying that sometimes, the heart takes over and you can’t help but be patriotic.

“It’s not an easy choice to make… when you are stuck between your duty and your emotions, being a UNICEF goodwill ambassador sure you can’t limit your identity to one nation, but how many of us choose heart over mind every day?” she said.

'How many of us choose heart over mind everyday': #KanganaRanaut on @priyankachopra's controversy regarding supporting Indian Army, being an UNICEF Ambassador.

Who says women can't be each other's cheerleaders, #Queen set a brilliant example once again!https://t.co/vihnovmXC1

Priyanka Chopra had tweeted Jai Hind when IAF jets had conducted strikes in Balakot on February 26. The very next day, PAF jets shot down two IAF aircraft in a dogfight.

Since Priyanka’s disparaging remarks to the girl Ayesha Malik, who had called out Chopra during the BeautyCon event, were met with criticism around the world.

Pakistan’s human rights minister Shireen Mazari wrote to the UN to get rid of Priyanka as the Goodwill Ambassador of UNICEF. Actress Armeena Khan had also protested against Priyanka’s rude response and written a letter to UNICEF.