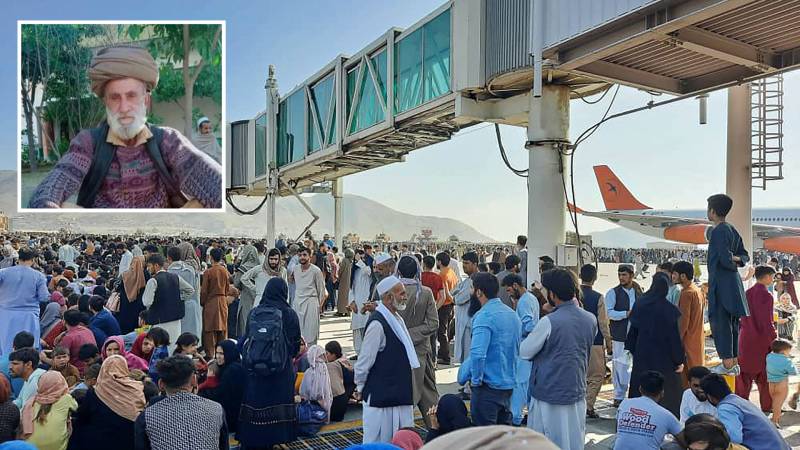 PESHAWAR – In a bizarre incident amid the dramatic evacuation from Afghanistan’s capital, a Pakistani truck driver escaped to the US soon after he reached Kabul to deliver goods.

The incident surfaced after a social media user who goes by the name of Asad Shinwari shared the anecdote, claiming that Masho Shinwari, a resident of Landi Kotal, used to drive from Peshawar to Torkham. He parked his truck somewhere in Kabul and went to the airport.

As thousands of people desperate to flee the war raged country thronged Hamid Karzai International Airport following the Taliban takeover, Masho was reportedly one of the people who, without much planning, escaped the South Asian country and landed in the US.

Meanwhile, the distressed family members who were expecting the death of Masho got a call from an international number and it was no one but the man himself who informed the family about his risky yet life-changing journey.

The man, who now plans to start a new life in the US, told his family to pick up his truck that is parked somewhere near the Kabul Airport.

It all started with insurgents’ lightning offensive in the war-raged country that ended with them assuming power when the Afghan president fled the country. Following that, thousands were seen running alongside a US Air Force plane as it gathered speed on the runway.

Videos doing rounds on social media show that some of the people even fell to death from a military aircraft after it took off.

Many escaped the war-torn nation in the wake of the Taliban’s brutal regime of the 1990s and that caused panic about what lies ahead, prompting many Afghans to flee the Taliban rule.