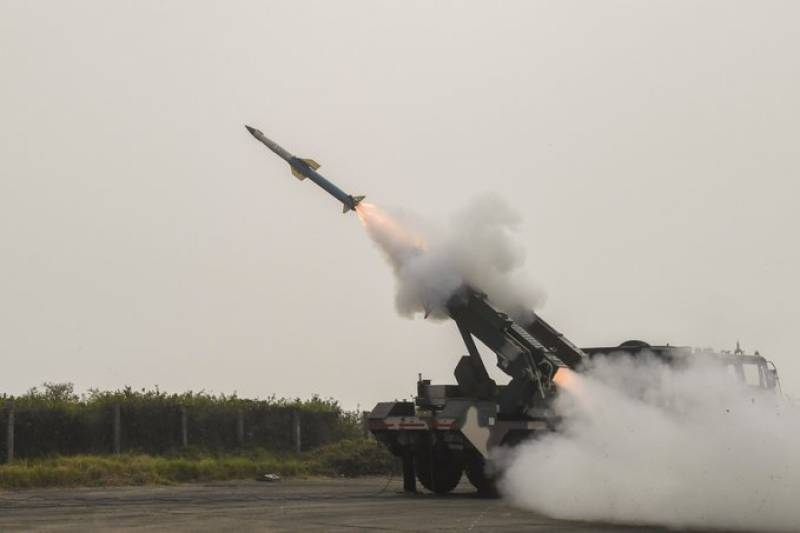 BALASORE - India has successfully test-fired its Quick Reaction Surface to Air Missile (QRSAM) system on Monday amid its army chief’s threats of imposing a war on Pakistan.

The missile, developed by the Defence Research and Development Organisation (DRDO), was tested against live aerial targets from the Integrated Test Range (ITR) at Chandipur near Balasore, a defence statement said.

The missiles are equipped with indigenous array radar, an Inertial Navigation System, a Data Link, and an RF (radio frequency) seeker. They have strike rage of 25 to 30 kilometers.

Both the radars are four-walled having 360-degree coverage with search on move and track on move capability, it said.

The weapon system is likely to be inducted into the armed forces by 2021.

The tests come as Indian Army Chief Gen. Bipin Rawat issued threats of war to Pakistan. However, the Pakistan Army said that it is fully prepared to thwart any misadventure by India.