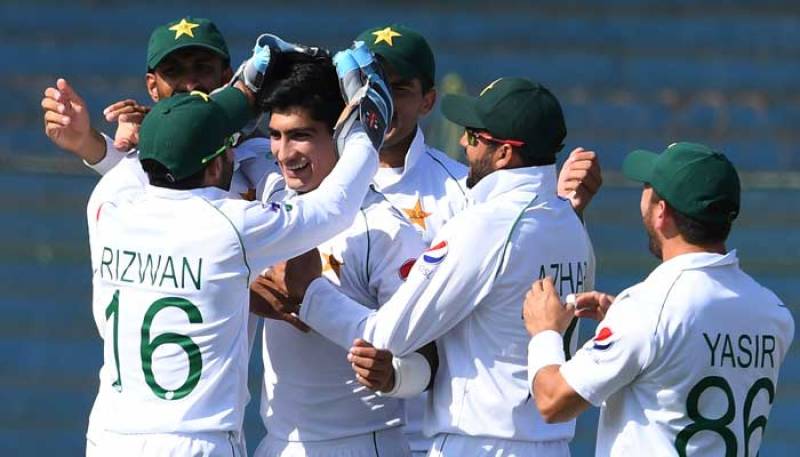 KARACHI - Pakistan bagged a historic victory against Sri Lanka by 263 runs, taking the series 1-0, in the second and final Test in Karachi on Monday.

Pakistan bowled Sri Lanka out for 212 after it set a target of 476 runs in their second innings.

This was Pakistan’s first home win in 13 years as the country won its last Test match against the West Indies in 2006.

The recent series was the first in Pakistan since an attack on the Sri Lankan team bus in 2009, resulting in the suspension of international cricket in the country.

On the fourth day of Karachi Test against Pakistan, Sri Lanka, in their second innings were 212 for 7 at stumps.

Earlier, Pakistan had declared their second innings at 555 runs for the loss of three wickets.

16-year-old Naseem had the best figures of 5-31. Yasir Shah picked up two wickets.

The victory has placed Pakistan to third in the ICC World Test Championship 2019-21 with 80 points.