How India convinced China to vote against Pakistan in FATF 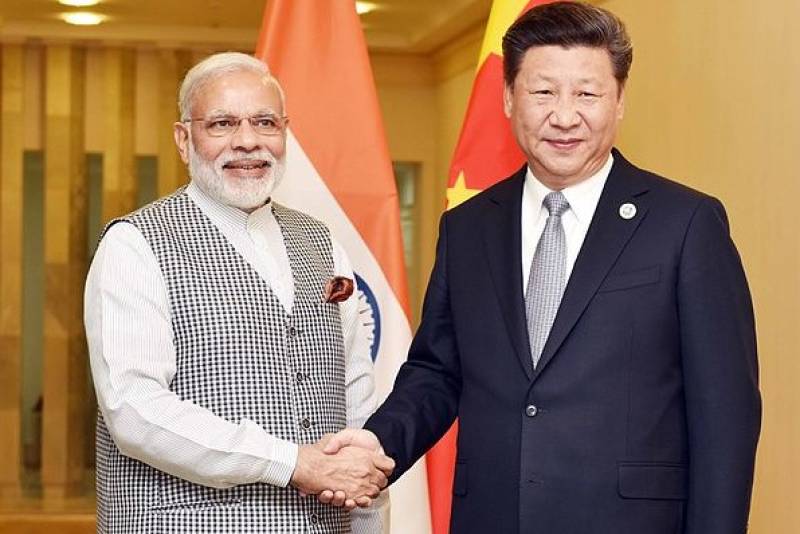 ISLAMABAD - The Financial Action Task Force (FATF) on Friday decided to put Pakistan on the greylist, submitting it to intense scrutiny on terror financing.

China withdrew its objection to the nomination, allowing consensus to go through, sources said.

Earlier this week, Pakistan had claimed victory in the ongoing FATF meeting as a preliminary discussion in the International Co-operation Review Group (ICRG) failed to build a consensus on putting it again on the watch list.

However, US and Indian officials had called the claim “premature” and said a final decision was still to come.

On Wednesday morning, Pakistan Foreign Minister Khawaja M. Asif, who was in Moscow at the time, tweeted that Pakistan had won a reprieve of three months in which to convince the international body not to put it on a “greylist” of countries where terror financing and black money laundering needed scrutiny.

Pakistan was on the FATF watch list from 2012 to 2015, then only on issues of money laundering.

“Our efforts paid[off],”. Asif wrote, adding that the committee had proposed a three-month pause with another report to be considered in June.

This is the first time that China acceded to an Indian prompt and did not stand firm with Pakistan at a global anti-terror forum, thus landing a crippling blow on Pakistan’s financial credentials. The process of monitoring Islamabad will, however, begin from June on the basis of a roadmap that FATF will prepare by then.

In the United Nations, China, as a permanent UN Security Council member, has single-handedly blocked key terror designations like that of JeM’s Maulana Masood Azhar, despite Indian and US requests.

Ironically, it was the statement of Pakistani Foreign Minister Khwaja Asif, announcing that Pakistan had managed another reprieve from FATF, which provided the opening for a second bid by the US to get Pakistan on to the watchlist.

Our efforts paid,FATF Paris 20Feb meeting conclusion on US led motion to put Pakistan on watch list
-No consensus for nominating Pakistan
-proposing 3months pause &asking APG for another report to b considered in June الحمداللہ
Grateful to friends who helped

Asif, it appears, celebrated early when the proposal did not move through the shorter plenary of the FATF. Here, China, Turkey, and the Saudi-Arabia-led Gulf Cooperation Council as a single bloc voted against the move to put Pakistan on FATF’s terror watchlist.

After Asif’s statement, India and the US launched a renewed effort. Washington, sources told the international media, introduced a fresh proposal in the longer plenary using Asif’s statement as an example of Pakistan’s lack of seriousness towards FATF and its rules of confidentiality.

FATF rules state that if a minimum of three members' votes against the proposal, then it cannot go through. While the US worked on Saudi Arabia and Turkey, India dealt with China alone.

Hectic diplomacy went on in New Delhi, Washington and Beijing as FATF considered the proposal in Paris.

Eventually, the Indian delegation, acting on instructions from New Delhi, struck a deal with the Chinese team that related to support for a greater FATF role for Beijing in the future.

Soon, all the three objections were removed and the proposal went through Thursday, though a final statement will emerge after the last day of the meeting Friday.

Consequences of the decision:

Through this decision, Pakistan will be put on regular monitoring, all banking transactions in the country will come under closer global watch, thus pulling down Pakistan’s credibility in global financial transactions.

In technical terms, Pakistan has been put in a review process under the International Cooperation Review Group of the FATF. It had been under review earlier but was removed in 2015.

Specifically, on the FATF table, the proof is against JeM front Falah-i-Insaaniyat and LeT and its front Jamaat-ud-Dawa, which are evidently transacting financial business without much difficulty.

The FATF follows an elaborate process to assess compliance, based on which it issues public statements on countries with deficiencies. Countries on this grey list are practically treated like pariahs in the international financial system. North Korea, Iran and Uganda are examples of some ‘jurisdictions’ that keep struggling within this list.

The economic and commercial consequences of such grey-listing can be quite debilitating.

In November, at the Buenos Aires plenary of the FATF, China managed to push back a similar effort, getting Pakistan off the hook.

All that Pakistan was asked to do was give an action taken the report on LeT, JuD and Falah-i-Insaniyat foundation at the next plenary, which is held three times a year.

The Asia Pacific Group (APG) conveyed to the FATF that Pakistan could be given a break and assessed directly in 2019, when its turn comes up for country evaluation.

India objected, saying Islamabad has done little to get a two-year reprieve and that it should be put on 90-day reporting to the International Cooperation Review Group of the FATF. While India did not get the desired result in Buenos Aires, it managed China’s support in Paris.

Pakistan faced a similar risk in 2016 when the APG had found measures taken by Islamabad inadequate. One of the first actions that the Trump administration took in January 2017 was to summon the Pakistani ambassador and inform him of the consequences this could lead to.

This action resulted in the Pakistani government placing Hafiz Muhammad Saeed under house arrest. The FATF plenary in February 2017 took note, but asked Pakistan to submit another report to the APG. Pakistan protested and then rallied support with the active help of China to get a positive outcome within the APG.

ISLAMABAD - A delegation comprising of officials from finance and interior ministries reached Paris earlier Tuesday to ...