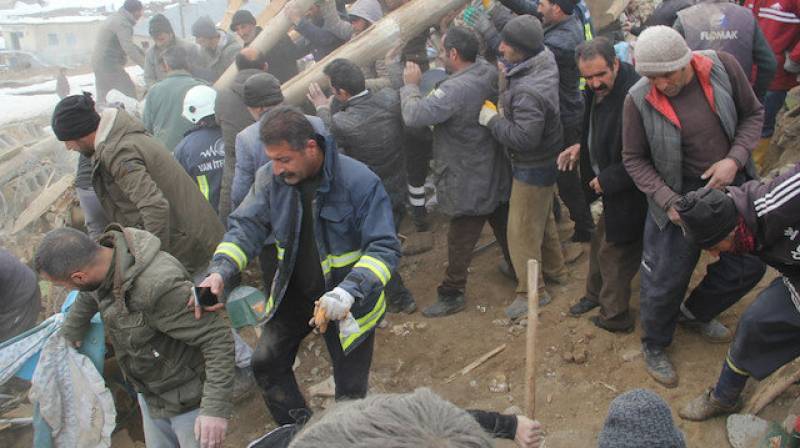 ISTANBUL - At least seven people were killed and five injured in eastern Turkey after a 5.7 magnitude earthquake hit neighbouring Iran on Sunday

Turkish Interior Minister Suleyman Soylu said that the injured have been rescued to hospital, besides fearing that more people were trapped under the rubble of collaspsed buildings.

A search operation is underway to find the trapped citizens.

The epicentre of the quake, which struck at 9:23am (0553 GMT), was near the Iranian village of Habash-e Olya, less than 10 kilometres away from the border, according to the US Geological Survey.

The depth of the earthquake was around six kilometres.