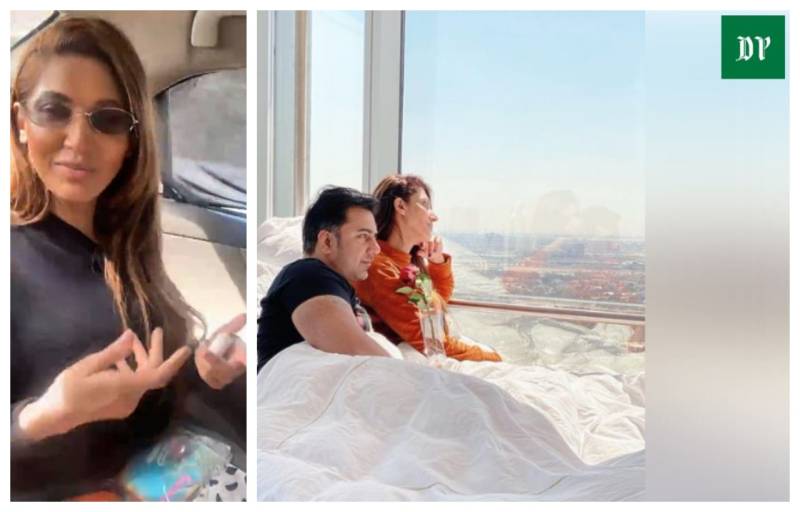 Pakistani actor Sana Fakhar found herself into a controversy after sharing a bold photo with her husband on his birthday.

Sana took to her Instagram to wish Fakhar Imam on his birthday, sharing three pictures. In one of the pictures, she is seen kissing her husband just after waking up in their bed.

The photographs she uploaded on her Instagram were deemed inappropriate by many, and soon created a moral outrage on the internet.

Many of her followers were of the view that the actress should have kept an intimate picture like this to herself, and should not have posted for the world to see. Few even suggested that Sana did it as a publicity stunt.

Following a social media storm, she released a video in which she said she welcomes all sorts of social media responses since everybody has a right to criticise others.

"I guess it is too much [the criticism]. But I don't understand what wrong I did; was the act [of kissing] wrong or the person (who is her legal husband) I did that act with," she added.

Lollywood diva Sana Fakhar has been under public scrutiny after posting pictures with her husband. The photographs she ...