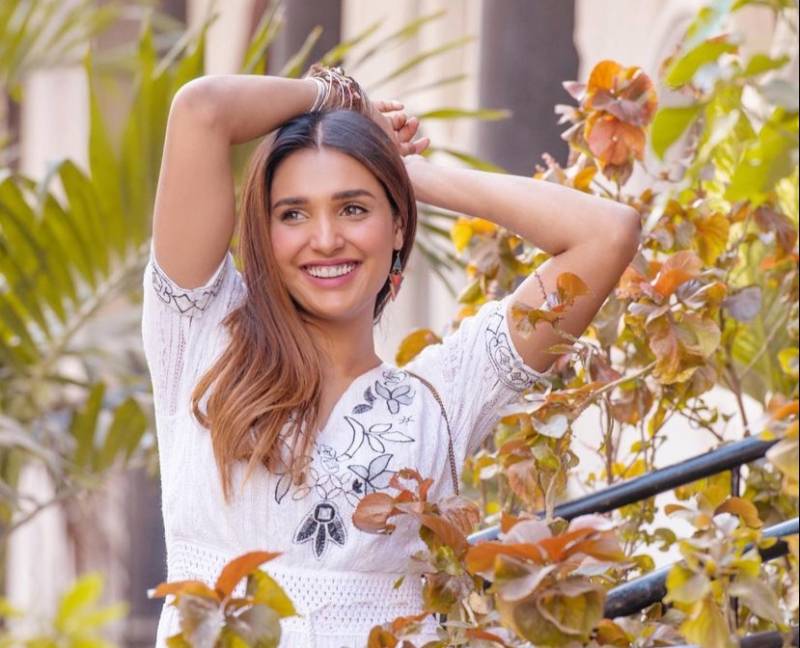 The past two years have been uncertain for the whole world due to the COVID-19 pandemic, but as the world begins to return to normal, Pakistan is also following suit. Recently, the Kidney Centre Brunch was held in Karachi and was hosted by CEO of ARY, Salman Iqbal, and his wife Sonya Khan. The event was attended by many notable figures and celebrities.

Amna Illyas, Sonya Hussyn, Sarwat Gilani, Nadeem Baig, Ushna Shah, Freiha Altaf and many other famous faces were spotted at the event. Brunch is not just about the food. It's also a time to showcase stylish and fashionable attire and supermodel Amna Ilyas surely brought her A-game to the star-studded event.

The Baaji star is known for her unique fashion style that combines elements of luxury and kitsch. Her latest Instagram post and outfit for the event was a mishmash of vibrant florals, red lips and towering heels from Prada.

Ilyas began her acting career at the young age of 17 and has since appeared in various films such as Zinda Bhaag, Good Morning Karachi, Saat Din Mohabbat In, and Ready Steady Go. Her most recent project is the film Chaudhry directed by Azeem Sajjad and produced by Neha Laaj under LAAJ Productions. The film also features actors such as Sana Fakhar, Yasir Hussain, Nawal Saeed, Sohail Sameer, Jia Ali, Arbaz Khan, Saleem Mairaj, and Shamoon Abbasi.