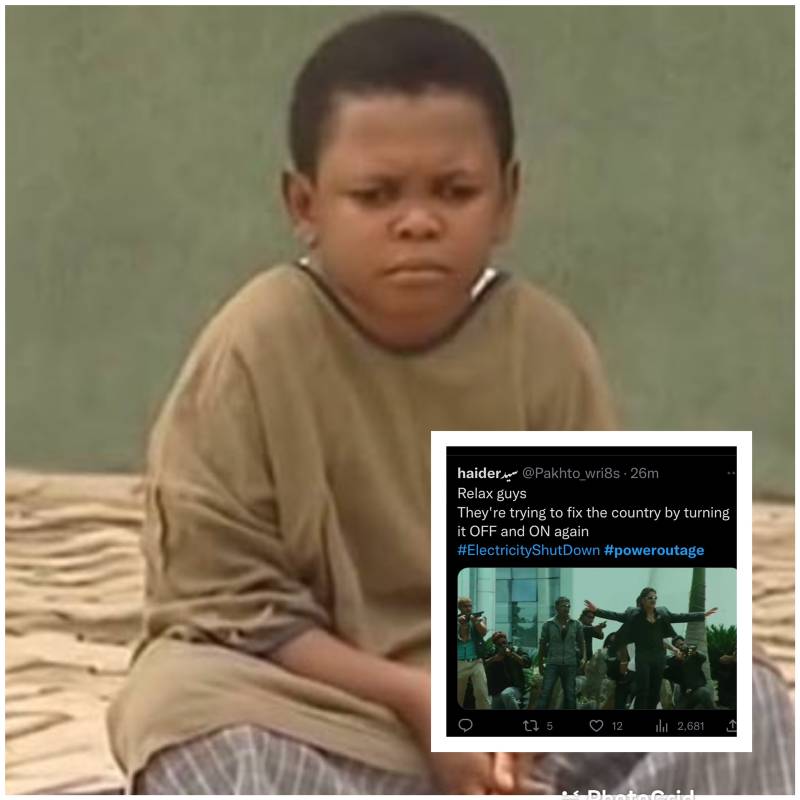 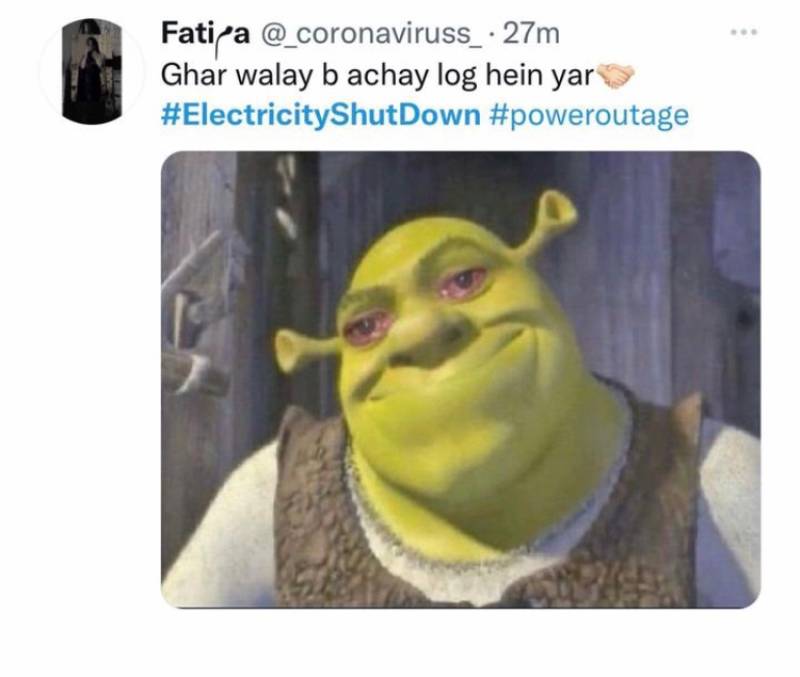 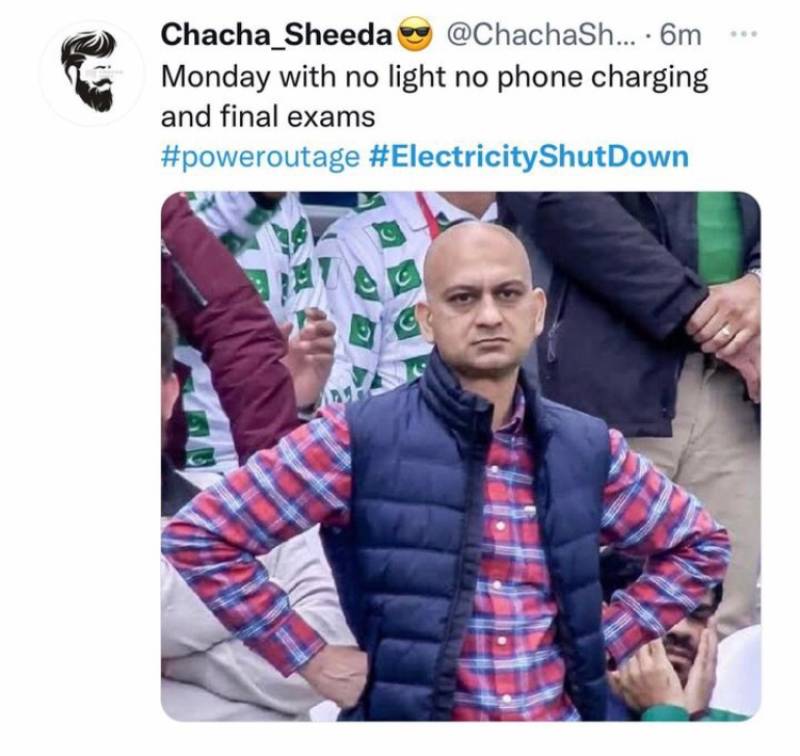 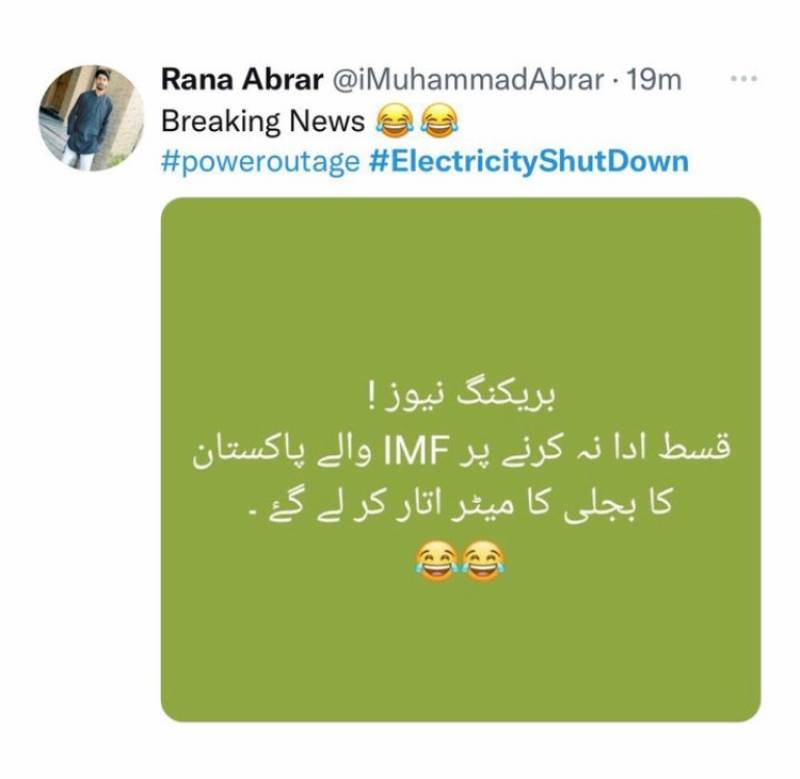 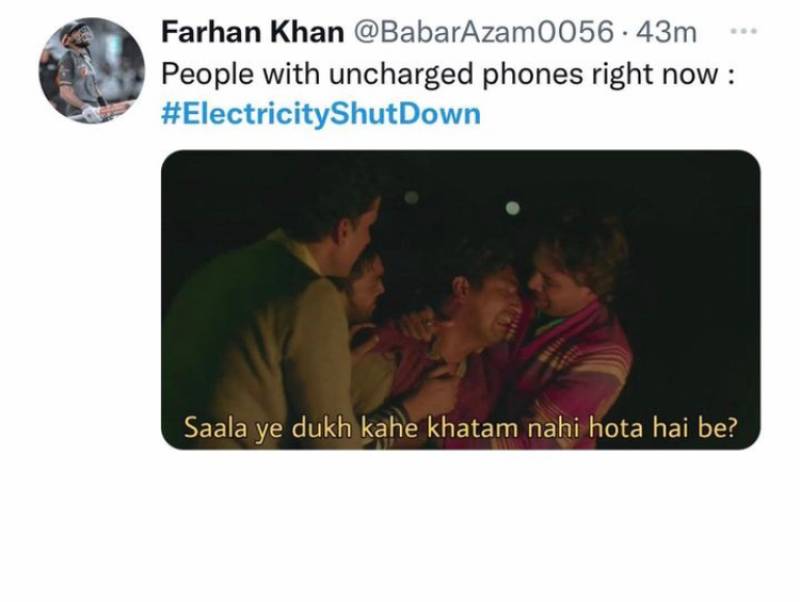 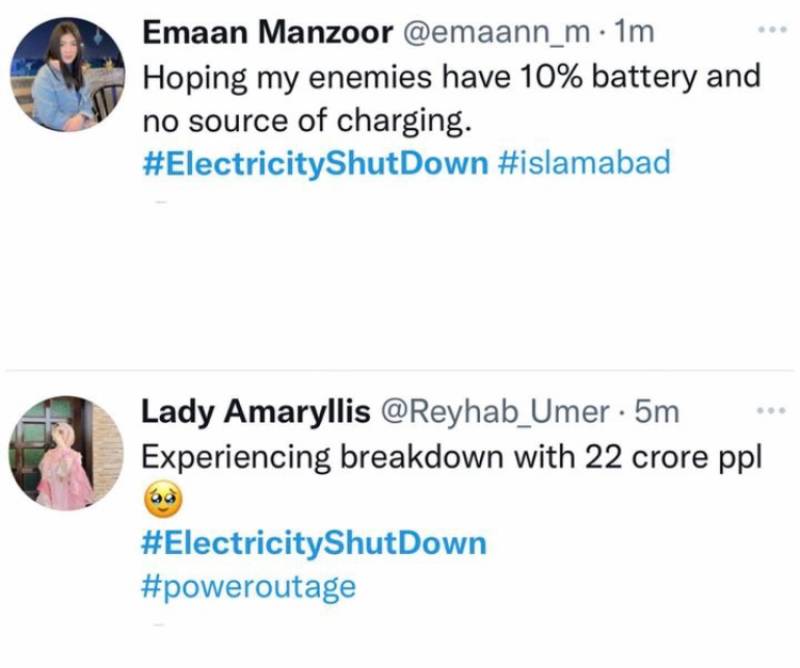 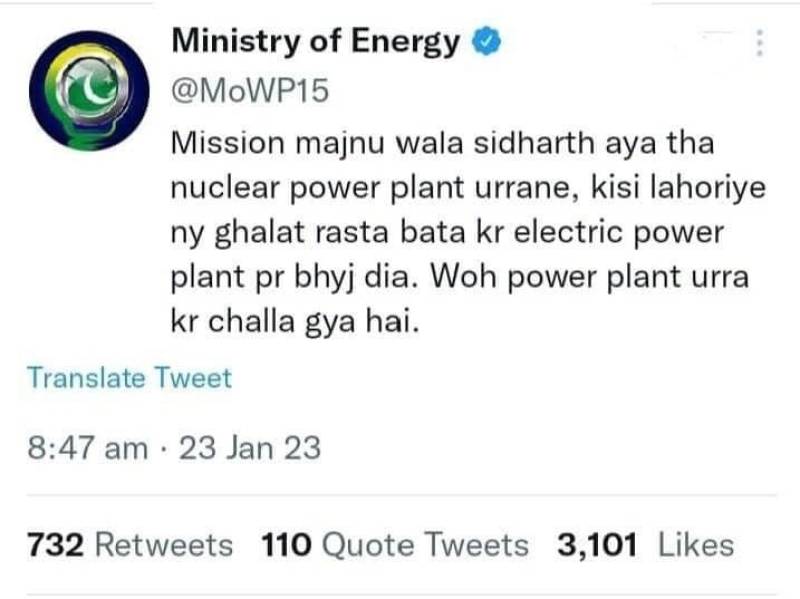 The Ministry of Energy reported a power breakdown on Monday morning, caused by a decrease in the frequency of the national grid.

While officials have stated that power will be restored within 12 hours, Pakistanis are frustrated and are expressing their disappointment on social media, often using humour to cope with the inconvenience.

Flooding social media with memes and rib-tickling content, many users said they woke up to no electricity in their homes. Since then, #PowerOutrage has been trending on the internet.

Mom bringing out the torches and cylinder ????????: #poweroutage pic.twitter.com/WbKnFZPQzh

Not sure about whether to turn my half-charged laptop on yet or to conserve battery for a meeting I have in the evening. ???? #Blackout

Nobody people with solar panels in their homes. pic.twitter.com/ASRV7X0Cx5

Electricity has been restored in some parts of the country after a major power breakdown hit Pakistan early Monday. According to reports, the power supply was restored in Rawalpindi's cantonment area after eight hours of outage.  Moreover, the Peshawar Electric Supply Company (PESCO) restored power to half of the feeders in the province.

In a statement, the PESCO spokesman said that "out of 123 feeders, electricity has been restored to 50 per cent of the feeders," adding that "work of restoration of electricity on the essential feeders of Peshawar is under way".