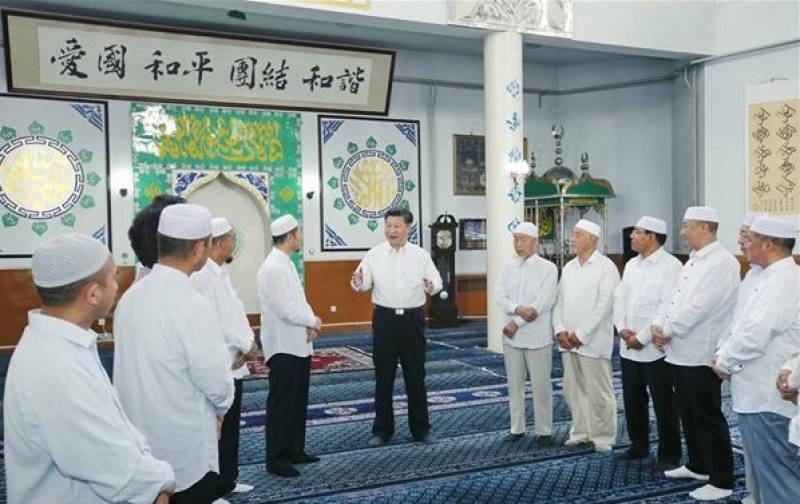 YINCHUAN - Chinese President Xi Jinping paid a special visit to the Xincheng Mosque in Yinchuan City on Tuesday and stressed that the Muslim community is vital to China, adding that the government would provide complete religious freedom to the Muslims.

The Chinese president in his visit chatted with mosque's prayer leader and attendees in and outside the mosque, which is the largest in the autonomous region and one of the largest in north-west China.

Xi said the ethnic minority groups and their religions had developed throughout the 5,000-year history of Chinese civilization and were growing on solid foundations. The president hoped that religious people would play a positive role in poverty reduction and in the overall development of China.

The imams at the mosque and the Muslims in attendance agreed to continue contributing toward a harmonious environment for social progress in the country.