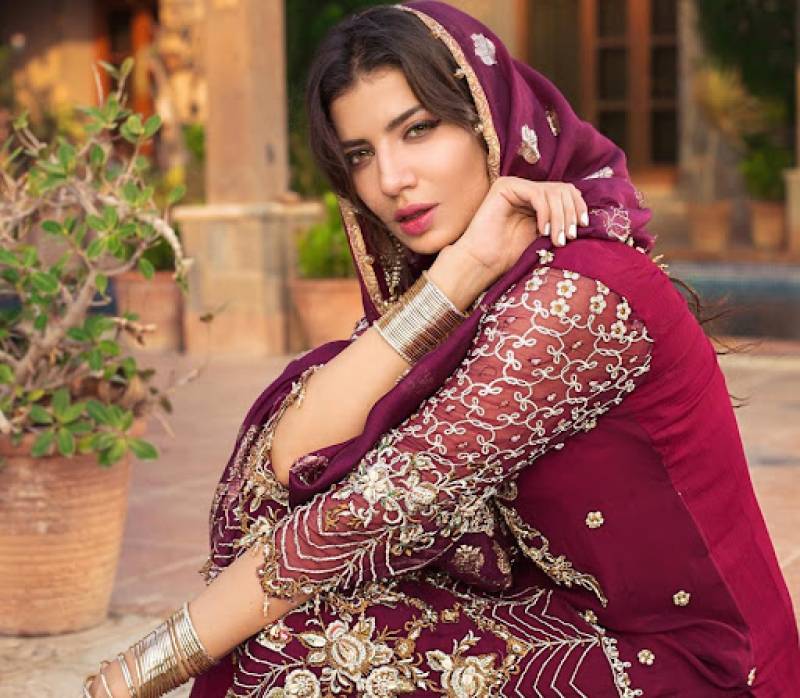 The gorgeous Rabia Butt has slowly yet surely created a niche for herself in the entertainment and fashion vicinity.

This comes as no surprise given that the supermodel is drop-dead gorgeous and her immecable skills prove she is a force to be reckoned with.

In her recent tell-it-all interview, the Pehli si Muhabbat star got candid about how she seems to have discovered the perfect centre between the world of glitz and glamour and her devotional and spiritual side.

Delving into details, Rabia did not shy away from confessing that models wear inappropriate clothes at times and she also crossed some boundaries some time ago.

“I can’t deny it because I have also dressed in them, but I didn’t know better at that time. So, someone who is wearing something inappropriate today might learn and not wear it later."

Further, she added, "God promised that we have a chance to repent and seek forgiveness until we are in the grave; however, people are ready to bury you the moment you commit a mistake. "

She shared how she stopped doing bold photoshoots for Allah's Sake. “I am not in favour of explicitly. Everything that I can’t see with my family or can’t do in front of them is wrong”

Further, she added that now she has set limits for herself where she refuses to wear revealing avatars and now she has the knowledge and guidance to differentiate between right and wrong.

"There are issues bigger than immodesty; let’s talk about those as well”, she concluded.

On the work front, Butt has been praised for her spectacular portrayal of 'Nargis' in the drama serial Pehli Si Muhabbat.

LAHORE- If you are an avid social media user, chances are that you have been trolled online on multiple occasions. ...