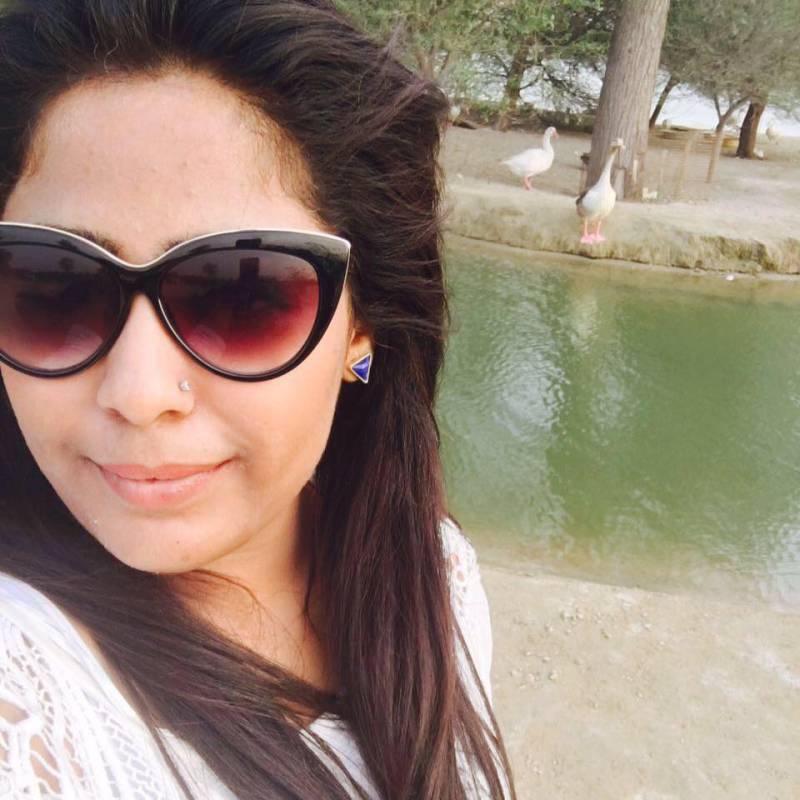 It is hardly news that every year there is a price hike in Ramazan. Charging double and even triple, in some cases, for food ingredients and expensive clothing is no longer considered out of the ordinary during the holy month.

Every year in Ramazan, lawn designers get in on the act as well by launching new and varied collections. This year the starting price for most suits in these collections is a whopping 15000 rupees. 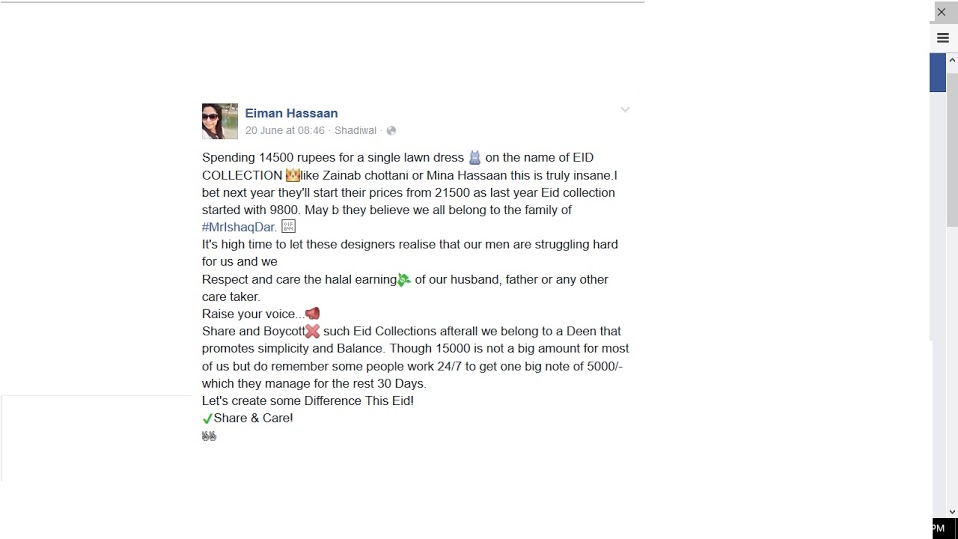 Thankfully, this year, they are not being allowed to charge these extortion prices unchallenged. A woman named Eimaan Hussain recently went viral after uploading a status that condemned the high prices and urged everyone to boycott buying clothes from these brands. She added that the brands had nothing exceptional to offer, except their extraordinary ability to drain their consumers' pockets.

Interestingly, after comparing this year's Eid collections with last year's, she has noted that this year prices are a staggering 5000 rupees greater than what they used to be.

Appealing viewers to be modest and simple in line with Islamic teachings, Hussain urged everyone to boycott the usual Eid fare.

On the very first day of her viral campaign, Hussain's post got 11,000 likes and 33, 716 share, indicating the extent to which people agreed with her.

We know better than to have high hopes, but is still another "revolution" in the making?