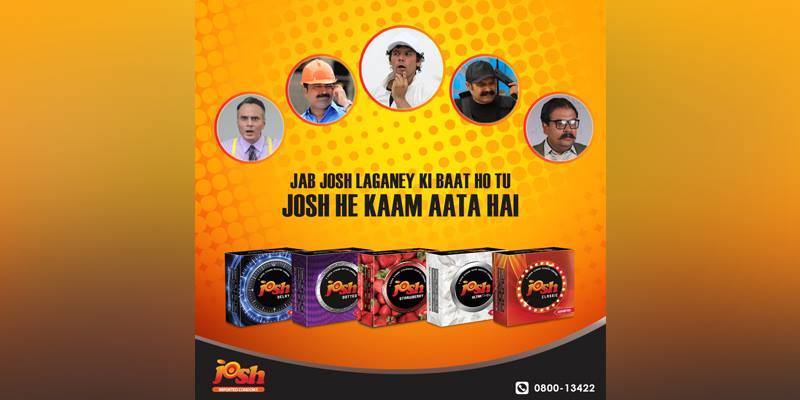 LAHORE - What would be considered if a product is marketed on a humorous idea of promotion and publicizing the product that is also becoming the need for controlling the population? Yes, that’s true! Leaving behind the legacy of taking Mathira with her bold action in a condom’s TVC, Josh has entered into a brand new comical theme of advertisement, bringing a new and unique image of the brand to its target population.

Recently, a comical theme based advertisement by Josh Condoms has been aired in which has shown the popularity of the brand name JOSH by various witty scenes. 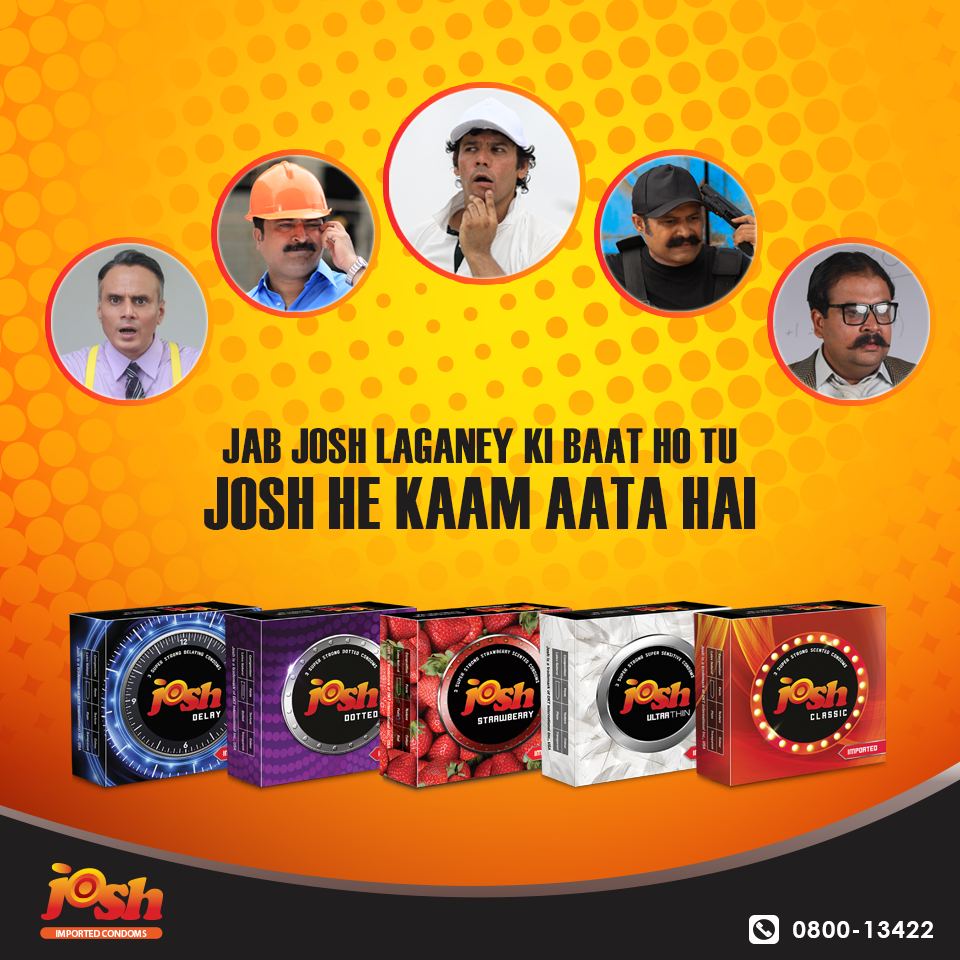 In the advertisement, it shows that people recognize the word ‘JOSH’ with the Condom’s name, whether it’s being used at the work field to motivate the employees, in the classroom for exam’s enthusiasm or even in the battlefield.

Breaking the stereotypes of the general public, who are often being reluctant towards such products and their advertisements, is necessary to keep them updated for particular birth control products without having to compromise over their sex life.

The humorous concept for the contraceptive product keeps the ad in utter suspense to its viewers regarding what actually the people in the advertisement are laughing about on use of the word JOSH. The mysterious giggle gives the ad a funny theme, keeping it viewable till the end.

For those who do not know, Josh is a flagship product of DKT Pakistan, an organization devoted to working in the field of family planning and reproductive health.