Melania Trump shocks everyone with her new jacket 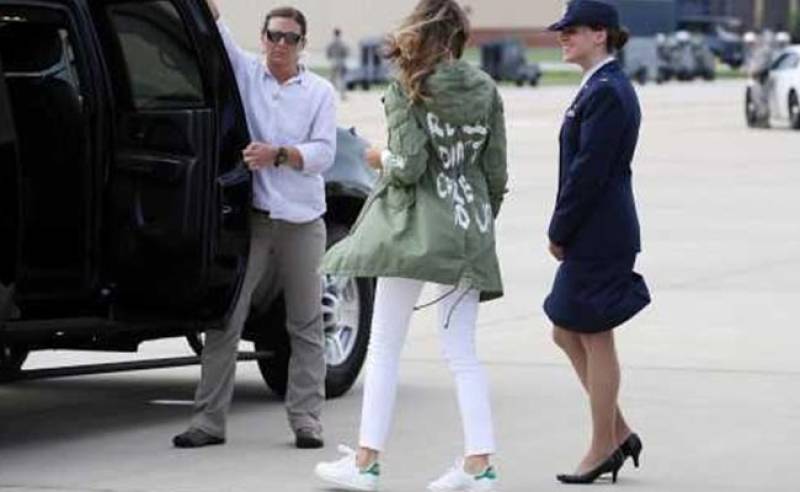 LAHORE - Melania Trump, the current 48 year old FLOTUS and a previous ex-model and Slovenian immigrant flew to Texas in a controversial jacket that left everyone asking questions regarding the subtle message she gave away.

She pulled off the question yet a statement, "I REALLY DON'T CARE, DO U?" 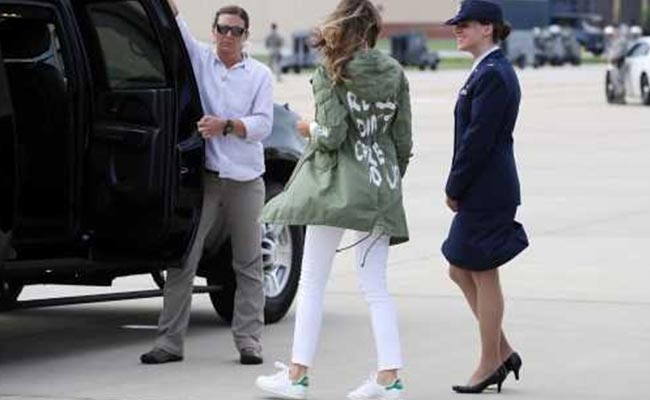 "Its a jacket. There was no hidden message," spokeswoman Stephanie Grisham clarified.

"She might have really wanted to wear it and was stubborn about it. Maybe her staff did say something. We don't know," McBride said who was formerly working for Laura Bush. "But when you are putting together a trip like this, they have to know that anything they do and say and wear is going to send a message."