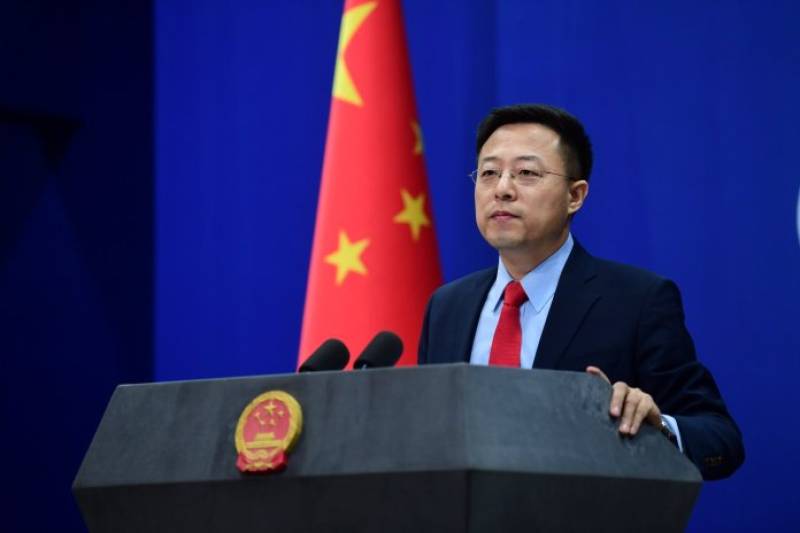 BEIJING – China on Tuesday rejected the media reports of 40 Chinese troops casualties in the Galwan valley border clash with India and termed them as ‘fake news’.

“As for what you saw in the media, for example, some people alleged that casualties on the Chinese amounted to 40. I can tell you for sure this is fake news,” Chinese Foreign Ministry’s Spokesperson Zhao Lijian said during his regular briefing held here.

Zhao Lijian was apparently taking a swipe at Indian the Indian minister for roads and transport, and former army chief Gen (Retd) V.K. Singh, who claimed last week that at least 40 Chinese troops died during a confrontation in the heavily disputed Himalayan valley of Galwan.

He, however, said that China and India were in dialogue and talks with each other to resolve this issue through diplomatic and military channels.

To a question regarding 11-hour meeting between China’s Commander of the Tibet Military District Maj Gen Liu Lin with India’s Lt Gen Harinder Singh, the commander of the 14 Corps Lt Gen Harinder Singh held in an attempt to lower the temperature between the two sides, he said that the two sides agreed to continue with the dialogues and joint work for the peace and tranquillity of the border areas.

He said that this was also the first commander level meeting since the Galwan valley clash happened on June 15. The meeting showed that the two sides wish to control and alleviate the situation through dialogue and consultation.

During the meeting based on the consensus reached at the first commander level meeting, the two sides had candid and indepth exchange of views on the outstanding issues and agreed to take necessary measures to cool down the situation.

On the question of the Indian Army saying both armies agreed to disengage the troops, the spokesman said, “the specific measures are under discussion by the border troops on the ground. I have no further information to release on this.”

The disputed border covers nearly 2,200 miles of frontier that the two countries call the Line of Actual Control.

Though skirmishes are not new along the frontier, the standoff at Galwan Valley, where India is building a strategic road connecting the region to an airstrip close to China, has escalated in recent weeks.

India and China fought a border war in 1962 that also spilled into Ladakh. The two countries have been trying to settle their border dispute since the early 1990s without success.