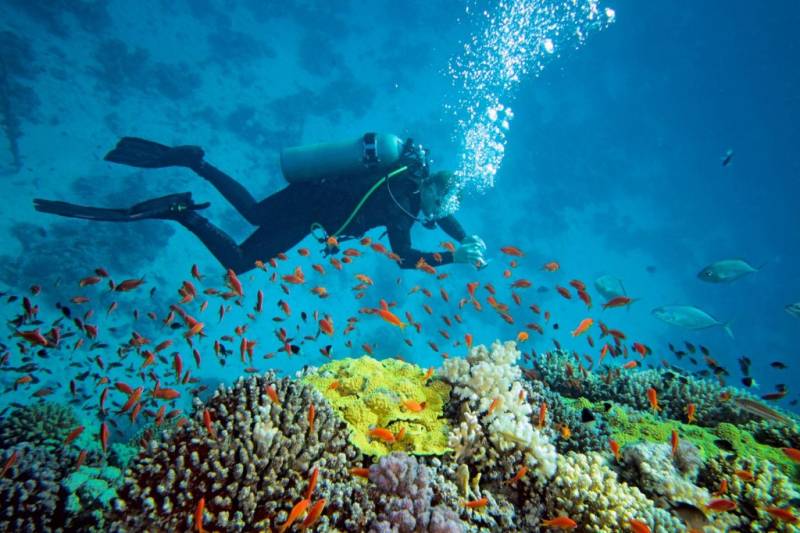 KARACHI – Prime Minister Imran Khan has directed the authorities concerned to turn Charna Island into a national marine park as it stands against the worst environmental threats of all time.

The federal government, which is keen to mitigate the adverse impact of climate change, has decided to grant Charna Island the status of a National Marine Park. The PM’s aide on Climate Change Malik Amin Aslam flew this week to visit the island on the premier's directives.

#Churna Island has #Pakistan ‘s spectacular corals is under stress n bleaching due to #ClimateChange and #pollution - personally visited and dived the site - to preserve it @ImranKhanPTI and @dpr_gob Government is declaring it as #Pakistan 2nd #MarineProtectedArea IA pic.twitter.com/eOkzZVOMI6

Amin, who has submitted the report to Prime Minister in this regard, is currently in the southwestern region of the country. The special assistant will thoroughly review the situation there and will update Khan after the brief tour.

Charna Island, a small, uninhabited island comprised of 4 kilometers coastline located in the Arabian Sea at the boundary between the provinces of Balochistan and Sindh, has magnificent corals. The abandoned area is currently suffering from severe coral bleaching.

At least 55 species of coral reefs had been found in the Island’s deep waters by Marine Biologist under the Darwin Initiative Project.

Coral are subtle living organisms and coral bleaching that takes occurred due to environmental changes and human intervention turn these organisms completely white. Afterward, it started to starve after bleaching and eventually die.

After Pakistan’s first Marine Protected Area, Astola Island, WWF-Pakistan has also been trying to grant the island into a national marine park.