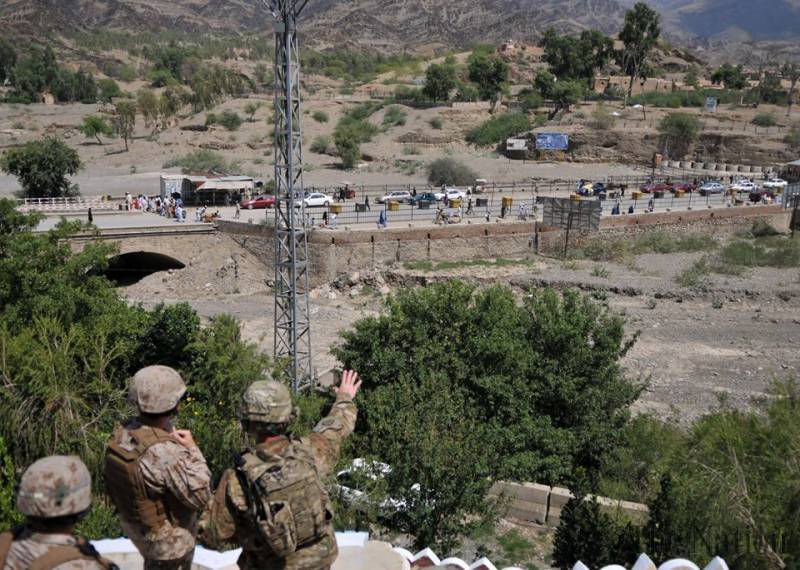 RAWALPINDI (Staff Report) - The Pakistan Army on Saturday handed over a purpose built border-crossing facility to Afghan authorities at Angoor Adda, the border crossing between the two countries in North Waziristan.

This gesture will aid in the establishment peace and stability along Pakistan and Afghan border, an ISPR news release stated.

The ISPR reiterated that all border related issues will be amicably resolved through mutual consultations.

The move comes a week after Afghan ambassador to Pakistan Omar Zakhilwal and Army chief General Raheel Sharif agreed during a meeting to resume routine and border traffic at Torkham border.

On May 13, the two sides agreed to reopen Torkham crossing which had been shut after Afghan border forces prevented fencing to stop illegal movements leaving thousands of people and vehicles stranded.

Pakistan has, on a number of occasions, floated proposals to better manage its border with Afghanistan to curb illegal movement into either country.

It was reiterated during the process, that all border related issues will be amicably resolved through mutual consultations subsequently-3

However, officials claimed these plans had never reached fruition owing to a lukewarm response from Afghanistan.

The cross-border movement of militants is one of the major sticking points in the Pak-Afghan relations.

Both the countries have repeatedly accused each other of failing to maintain strict border controls, particularly when any terrorist attack takes place on either side of the border.