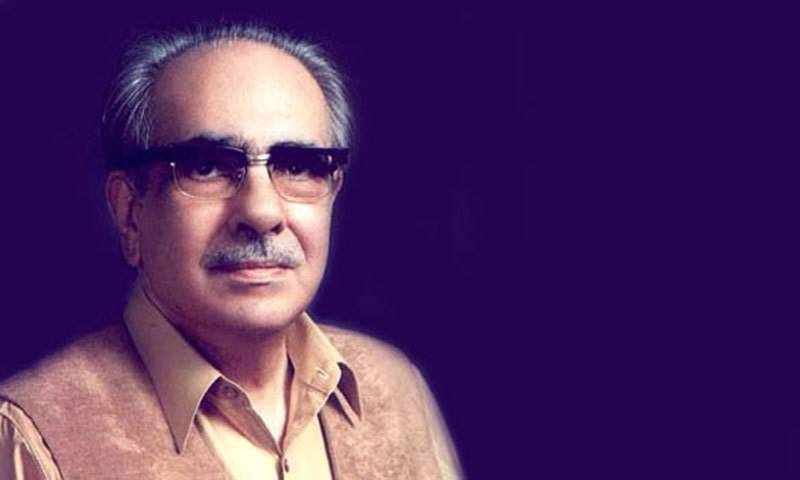 He was admitted in a private hospital in Karachi for last three days. He died of heart attack on Monday evening.

Born on Jan 20, 1925 to Nawab Sir Amiruddin Ahmed Khan of Loharu, Jamiluddin Aali migrated to Karachi on Aug 13, 1947 with his wife, Tayyaba, and six-month-old daughter Humaira by the last train from Delhi.

He was an assistant at the ministry of commerce at Delhi in British India. He later passed CSS exam and got posted as an income tax officer in Karachi in 1952.

He was the founder member of PECHS and was elected as its secretary in 1957. He was an SEVP and member of the executive board at the National Bank of Pakistan and as adviser to the Pakistan Banking Council attached with finance ministers Ghulam Ishaq Khan and later Dr Mahbubul Haq. He retired from the NBP in 1990.

He was the founder member of the Pakistan Writers Guild having remained its secretary and later secretary general before the Guild was moved to Lahore.

In poetry, he revived the classical form of doha and adapted it to Urdu, imparting a distinct South Asian Muslim cultural flavour to it while retaining its beauty. He also wrote ghazals, poems, lyrical ballads or geets.

His long poems reflect a unique discourse on great scientific and philosophical themes, blended with aesthetics.

In prose, Aali was known for his incisive and picturesque travelogues.

His newspaper columns, which he had been writing for a record 50 years, played a significant role in awakening the people to the need for intellectual pursuits and mature thoughts on contemporary national and international issues.