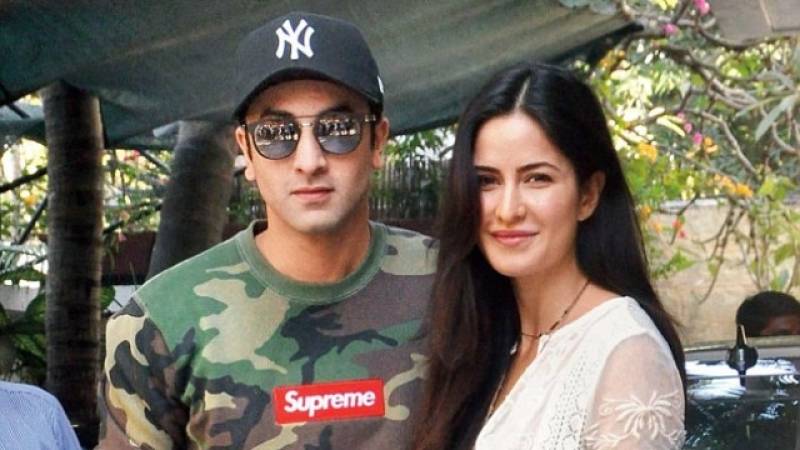 MUMBAI: Bollywood actress Katrina Kaif slapped her ex-boyfriend and co-star Ranbir Kapoor for upcoming film Jagga Jasoos as the two were busy promoting the film ahead of its release.

The slap was indeed a playful one given from Katrina to Ranbir, yet it has gone viral nonetheless. In the video, we can see Ranbir playfully giving a flying kiss to his fans through Katrina's Instagram account while mouthing the words "I love you" in response to which he receives a light slap on the cheek from Katrina.

The video has made rounds on the internet and social media, with fans of the two superstars wondering over their current relationship with each other. People gambled with their guesses that the two have reconciled once again following their split last year, owing to the apparent and obvious affection that they shared in the video.

The couple, however, have so far kept mum about any personal information regarding each other. In an interview, Ranbir praised Katrina Kaif for her ability to star in movies and skyrocket them to becoming blockbuster hits.

"Katrina is a superhit ki machine! Whichever film she does is a super hit. You know, we used to joke that she should just touch the film, and our film will also be a hit," he commented.