Resham celebrates birthday in style with friends and family 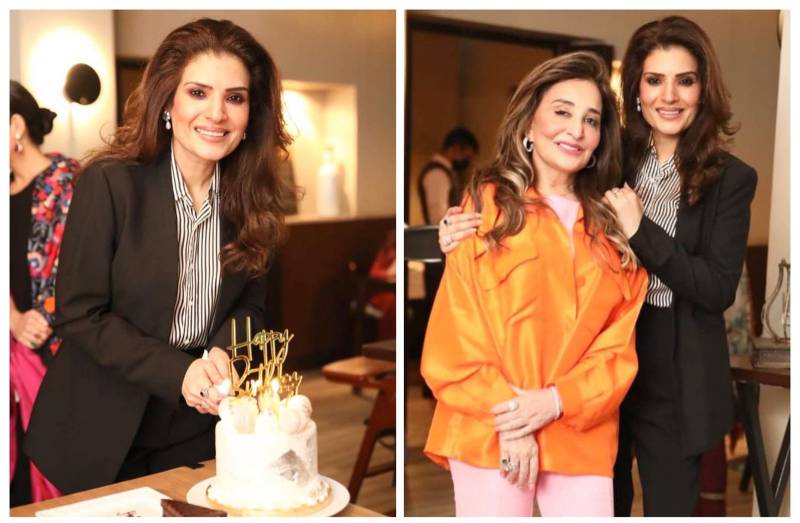 The phenomenal film star of Pakistan Resham ruled the industry with her stardom, beauty and charm in the nineties.

Rising to the pinnacle of fame, the Sangam star has now reached a point in her career where she is respected for her contribution to Pakistani cinema.

Celebrating her birthday, the Buddha Gujjar actor kick-started the celebration with her close friend and family in attendance.

Dressed to the nines, the 53-year-old looked gorgeous in the black chic outfit as she posted pictures on her Instagram handle. "Celebrating my birthday amongst some very dear and near ones," she captioned.

She has won a National Award - Best Actress, for her spectacular performance in the film Sangam. The leading Lollywood actress has done notable films like Jeeva, Ghunghat, Dupatta Jal Raha Hai, Pal Do Pal, and Swaarangi.

On the work front, she is all set to create magic onscreen as she gears up alongside model-actor Abdullah Ejaz Khan for the upcoming short film Dafaa Hojao Tum.

Veteran Lollywood divas Meera and Resham are reminiscing golden days from the past and the recent viral clip is proof ...