Imran Khan dismisses reports about his rifts with Reham Khan 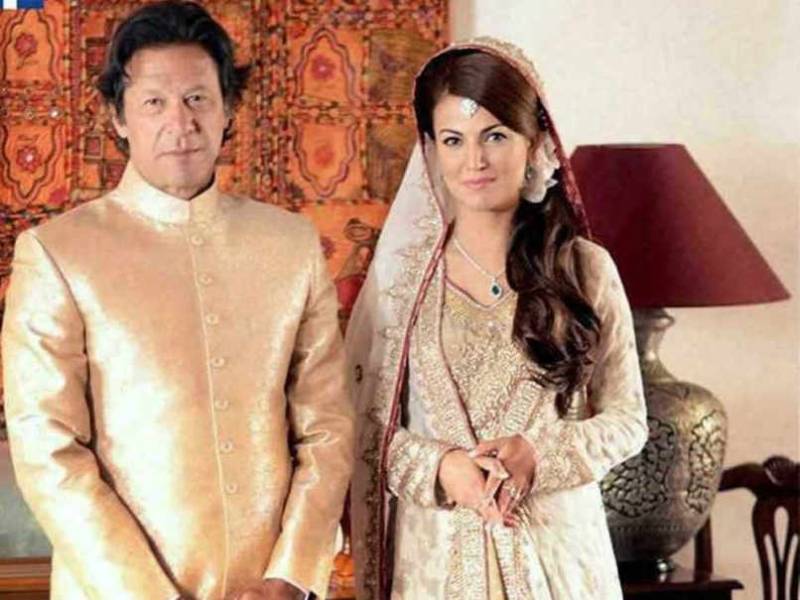 ISLAMABAD (Staff Report) - Pakistan Tehreek-e-Insaf chairman Imran Khan has dismissed the media reports that suggested that he was having a bad time in his marital life and that PTI head was considering separation from his second wife as well.

He tweeted "I am shocked at a TV channel making slanderous statement about my marriage. I strongly urge the media to desist from such baseless statements."

I am shocked at a tv channel making slanderous statement abt my marriage. I strongly urge the media to desist from such baseless statements

Meanwhile a statement on his Facebook official page asked those spreading such 'baseless claims' to apologize over 'irresponsible reporting'.

The business of news is an essential one as journalists have their finger on the nation's pulse and bring much needed... Posted by Imran Khan (official) on Tuesday, September 22, 2015

Pakistan Tehreek-e-Insaf (PTI) also condemned the reports in posts on Twitter saying "The news about breakup of Imran Khan's marriage with Reham Khan are totally baseless and false."

Earlier, renowned journalist Arif Nizami claimed that PTI chairman Imran Khan has decided to part ways with his second wife Reham Khan. Khan has been seen terming his marriage with Reham Khan as a worst decision of his life in private meetings, he added.

Nizami further said that upon PTI head's decision to divorce Reham Khan also helped him to mend the disturbed ties with his sisters.

It is also pertinent to be mentioned here that Nizami was also the first person to reveal that Imran Khan was marrying TV anchor Reham Khan in November last year. His claims were initially dismissed by PTI however turned out to be true afterwards.

Other media reports previously cited the rifts among Mr and Mrs Khan a reason behind suspension of Reham Khan's Twitter account. Imran Khan 'ordered' her to stop using Twitter any further, reports said.