What's next for Pakistan in limited overs cricket? 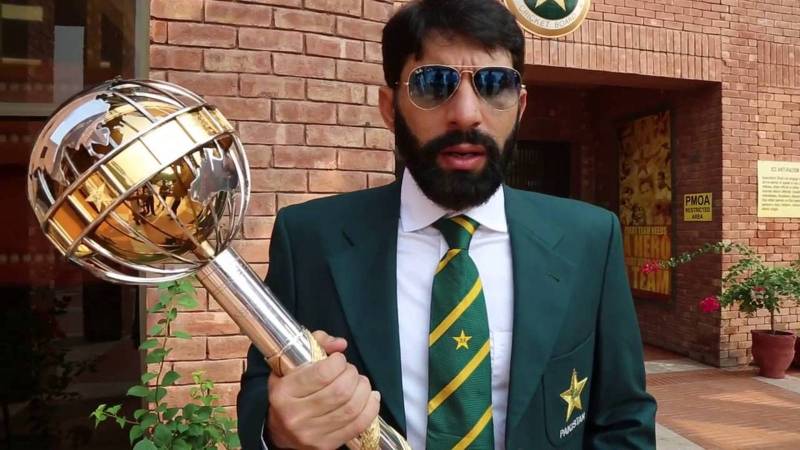 As I write this article, Pakistan sit handsomely at top of the ICC test rankings. Their phenomenal test record under Misbah continued this summer as they put up a spirited show against England to register some rare overseas test victories.

However, the team's pole position in tests is somewhat flattering given recent ODI and T20 performances.

Pakistan's ODI record since the 2011 World Cup has been very poor to say the least, highlighted by the fact that the team nearly missed out on qualification for the ICC Champions Trophy in England next year.

Doing a deeper dive into some of the numbers, Pakistan since 2013 has:

The recent ODI series drubbing by England has for the first time highlighted this relative weakness. With 2 major ICC global tournaments scheduled in the next few years (ICC Champions Trophy 2017 and World Cup 2019), the key question remains - what is causing this poor form and what must Pakistan do to regain its competitiveness?

Pakistan one day cricket has historically thrived on match winners. Right from the decade of Miandad and Imran to the more recent teams with Wasim and Inzamam - Pakistan always had the x-factor with players who could turn a game at any given moment in time.

Recent Pakistani teams have unfortunately not possessed such match winners and this relative lack of 'talent' is finally starting to show. Even though batting has never been Pakistan`s strength, the current bowling attack is also one of the weakest I can recall. However, some things have been taken out of Pakistan's hand. A few years ago, Pakistan arguably had the best spin attack in the world with both Hafeez and Ajmal leading the way. Thus, it is unfortunate that both of these players have now been banned to bowl by the ICC. Ajmal in particular has been a huge loss – not only was he the leading strike bowler, but also was very critical in the death overs.

2. The changing nature of ODI cricket

The pace and intensity of the ODI game has changed significantly in recent years. Not only have average scores increased, but the game has become somewhat more complex with advanced analytics and the advent of new shots/techniques. Gone are the days when a score of 250-275 was sufficient to win a game, and as we saw in the recent England-Pakistan series, 300 has become the new parity.

A recent interview by Nasser Hussain highlighted this exact fact. He felt that Pakistan’s batting mentality was still stuck in the early 2000`s and the team needed an aggressive revamp, similar to what England underwent a year ago.

Related to the changing nature of the game is the issue of selection. The demands of the modern game are such now that any player playing T20/ODI`s must have at least have 2 strings to their bow. Fielding standards have improved considerably since the boom in T20 cricket, and thus it`s now essential for a player to have strong fielding along with the main traits of batting or bowling. Pakistan`s current team is still very much one-dimensional in nature compared to that of India and England. For example, England in their recent teams have had Adil Rashid batting at 11!

The appointment of Azhar Ali as ODI captain raised many question marks. Not only did he have limited captaincy experience, but he also didn’t possess the aggressive mindset required for the modern game.

Pakistan could again take lessons from England here. Just before the World Cup in 2015, Alastair Cook was notably dropped from the ODI team both as a player and captain despite a decent average of 36. He had also led England to the final of the Champions Trophy in 2013. Whilst he had experienced some poor form, a key reason for his axing was that the team needed a change in mindset to play more aggressive cricket. Cook`s game was deemed to be one dimensional and it was felt that it would be better for him to focus solely on Test cricket.

Azhar`s situation is very similar. A captain needs lead from the front, but Azhar doesn’t seem to have the leadership qualities or aggressive intent to compete with his global counterparts such as Dhoni, Morgan and Smith. It might be a bit controversial for me to say this, but the performance of Pakistan under Misbah`s ODI captaincy was questionable too. Again, he couldn`t change the team`s mindset to be in line with the modern day game with his one dimensional batting style.

The good news is that the Pakistani team has at least acknowledged its problems in ODI cricket. The Board has already acted with naming Sarfaraz as the new T20 captain. Although there isn’t much evidence to date, early indications are that this is a good move.

To proceed further in ODI cricket, Pakistan must start afresh and look to build for 2019 World Cup in England. The team has the luxury to use the Champions Trophy as a testing ground for new players next year. It is imperative that the selectors utilise the English conditions as a bedding ground for the main event in 2019.

What Pakistan also have at their disposal are the improved domestic tournaments and the PSL. The PSL will not only give Pakistani players further exposure to high pressure situations and hopefully improve fielding standards, but also give exposure to some of the best players in the world. Sharjeel Khan for example is a product from the first edition of the tournament.

India, following their disastrous 2007 World Cup campaign, ironaically underwent a similar transformation. Using IPL as its main selection tool, it notably dropped the likes of Dravid, Laxman and Ganguly from the longer format of the game in the hope of peaking at the right team in 2011.

It will no doubt be interesting to see how the team progresses over the coming years, but one thing is for sure – the team must adapt an aggressive mindset to have any hopes recapturing its lost glory in ODI cricket.