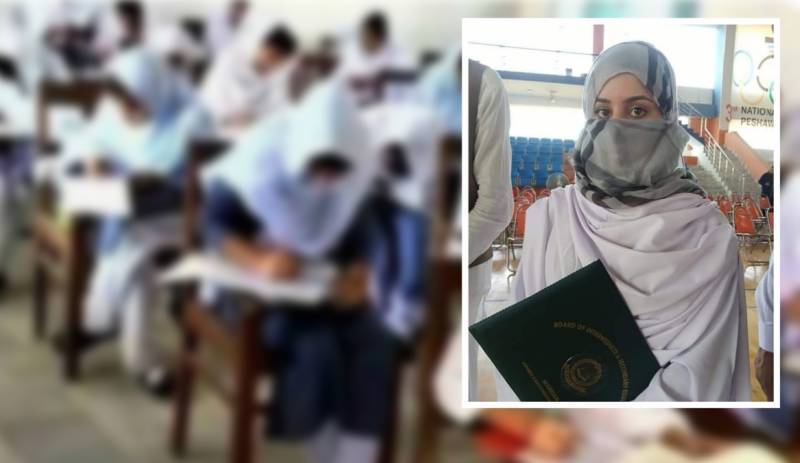 PESHAWAR – The provincial administration in Khyber Pakhtunkhwa has formed an 8-member committee to probe the matter.

Reports quoting sources said Provincial Education Minister Shahram Tarakai took notice of the development and directed the team to re-check the copies of Qandeel who topped the Mardan Board examinations by scoring 1100 marks.

Meanwhile, three other students scored 1098 out of 1100 to secure the second position. PTI Minister, surprised by the results, ordered the probe saying an investigation team will find out that the papers were checked fairly.

Sharing his motive for the action, he said that everything in our government is being done on merit, therefore, a provincial-level committee will be formed for the rechecking of the exam papers.

PESHAWAR – As the Board of Intermediate and Secondary Education, Mardan, has announced the SSC result, a science ...

Earlier, it was revealed that the girl is an orphan child whose mother is a serving government school teacher. Speaking at the prize distribution ceremony, the student said she wants to become a doctor to treat the patients as her father died from cancer.

Mardan board chairman also announced a fee waiver for the deserving student to acknowledge her achievement.