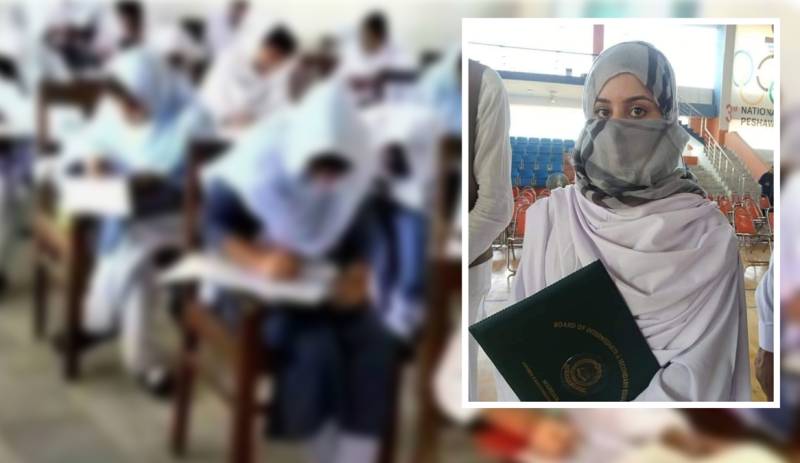 PESHAWAR – As the Board of Intermediate and Secondary Education, Mardan, has announced the SSC result, a science student of Model High School Nowshera, set a record in Pakistan’s history by obtaining 1,100 marks out of 1,100.

Reports stated that the Qandeel topped the exams and managed to obtain full marks. The girl is an orphan child while her mother is serving as a government school teacher.

Speaking at the prize distribution ceremony, she wanted to become a doctor to treat the patients as her father died from cancer. Mardan board chairman also announced a fee waiver for the deserving student to acknowledge her achievement. 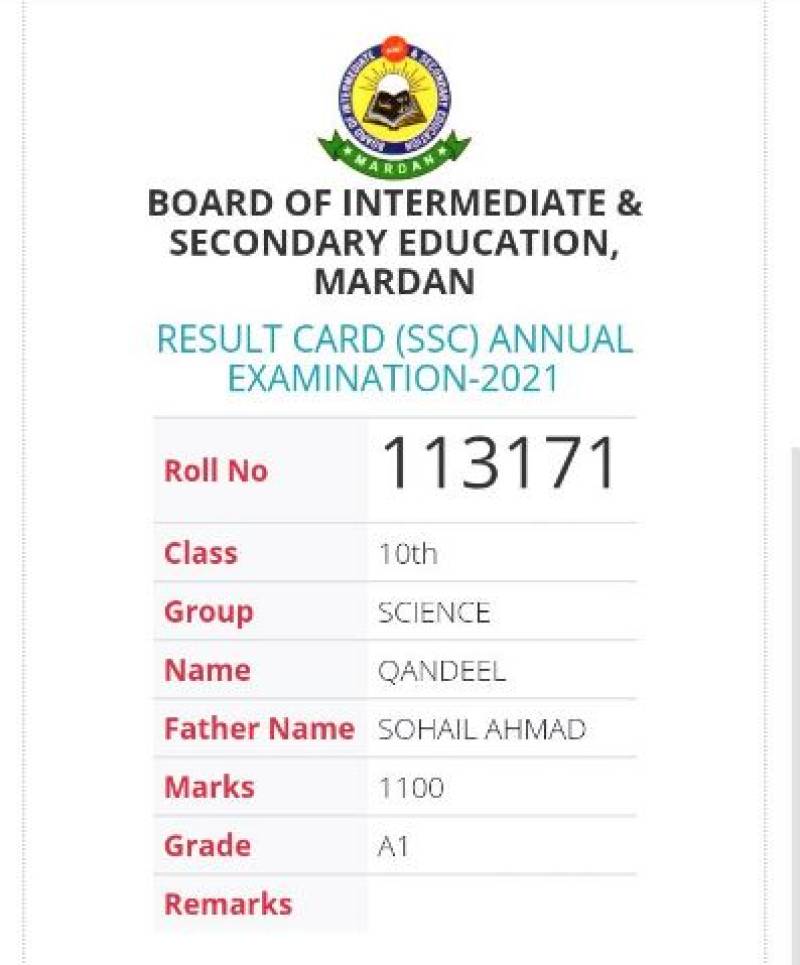 Fiza Majeed topped the inter exam with 1088 marks and Muhammad Mudassar Khan got the second position with 1086 marks. While Khadija Alamzeb succeeded to get the third position.

Furthermore, the passing percentage was recorded as 97.82 percent in the Matric exam whereas 96.48 percent passed the Intermediate exam.

ISLAMABAD – The government on Monday decided to promote the students of grade 10 and 12 to next classes, local ...