Obama says sending ground troops to Syria will be a mistake 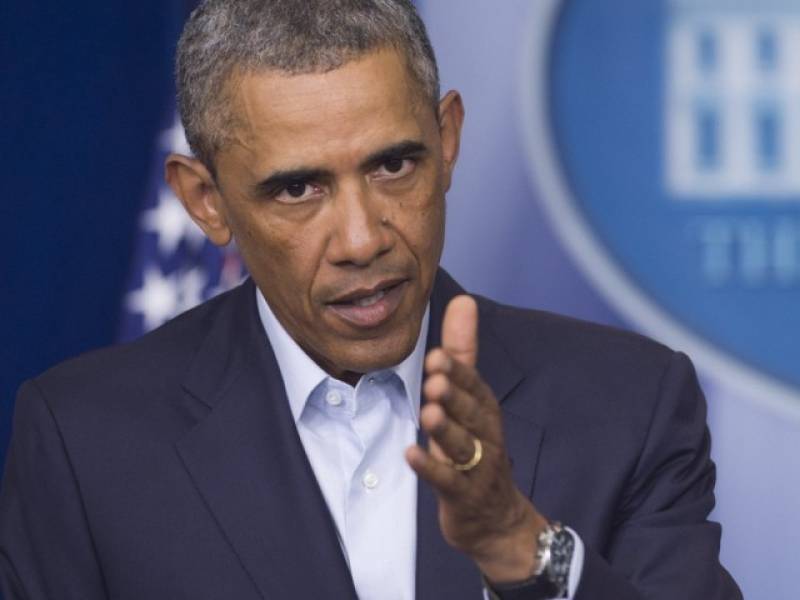 LONDON (Staff Report) - United States President Barack Obama has said only military solution cannot put an end to the conflict in Syria and sending ground troops in the war torn country will be a mistake.

In an interview with BBC, Obama said that US forces continue to target Islamic State, however it is impossible to defeat the militant group in remaining 9 months of his presidency. We are disrupting an environment in which they function and shrinking their network, he added.

To q question, he said that he would not suggest United States and Britain to send in ground troops to Syria to oust President Bashar al-Asad. The situation in Syria is complex, serious and hear-breaking, the US President went on to say.

On the occasion, he said there was no simple solution to Syrian conflict, adding that world leaders should push all parties including Syrian opposition, Russia and Iran to sit on a table and take out some solution.

He told the interviewee that any such development seems very to take place immediately.

The cautious statement comes just a week after Barack Obama's interview with FOX News in which he termed military intervention in Libya and failure to plan for the after Gaddaffi scenario' as his worst mistake during two tenures in the White House.

During the interview, Obama also strongly defended his government’s steps to curb terrorism. He said that there has not been a US president who’s taken more terrorists off the field than me, over the last seven and a half years.

He said that as US president I have given the terrorists a clear message that they can’t change us, they can kill some of us, but we will hunt them down.