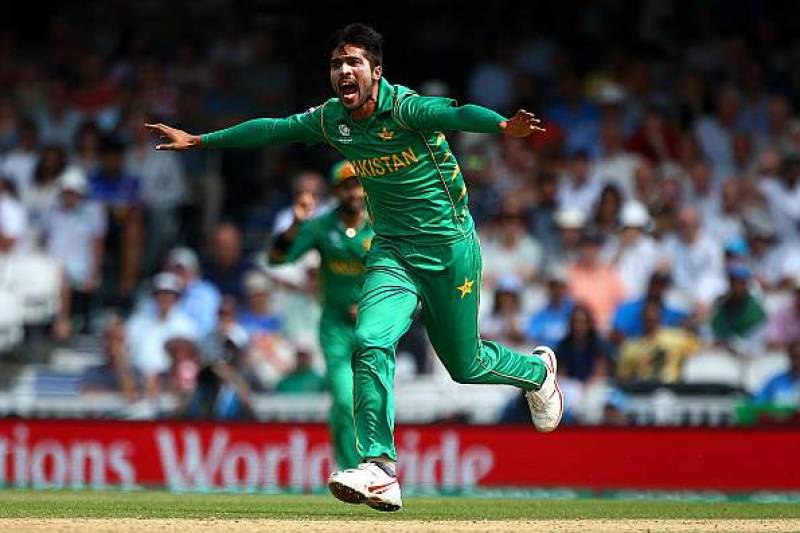 LAHORE - Pakistani pacer Mohammad Amir has been granted the visa to travel to United Kingdon for the England-Ireland tour.

Amir will leave for  England tomorrow (Wednesday) to join the rest of the squad in Canterbury.

According to media reports, Mohammad Amir could not move with rest of the team, when they departed for the tour on Sunday night from Lahore, as he was not granted the visa in time.  Amir had already applied for a longer term spouse visa because his wife is a British national.

Amir has taken 95 wickets in 30 test matches and he is the most experienced fast bowler in Pakistan’s test team. He was banned for five years in 2010 for his involvement in spot-fixing and also remained in jail in England for the same offense.

The Pakistani team will play a Test against Ireland, two Tests against England and two T20 internationals against Scotland.

LAHORE - Sixteen member squad for Pakistan's tour of England and Ireland has been finalized on Sunday. Chief selector ...

The green shirts will start the tour with a match against Kent on April 28, followed by a second tour match against Northamptonshire on May 4.

The team will then compete Ireland, who will be playing their first-ever test match on May 11 before taking on England in two Test matches on May 24 and June 1.

This will be followed by two T20 internationals against Scotland on May 12 and 13.

Prior to leaving for the tour, Pakistan’s 16-member squad took part in a training camp at Gaddafi Stadium in Lahore.