No evidence of US involvement in regime change in Pakistan: Noam Chomsky 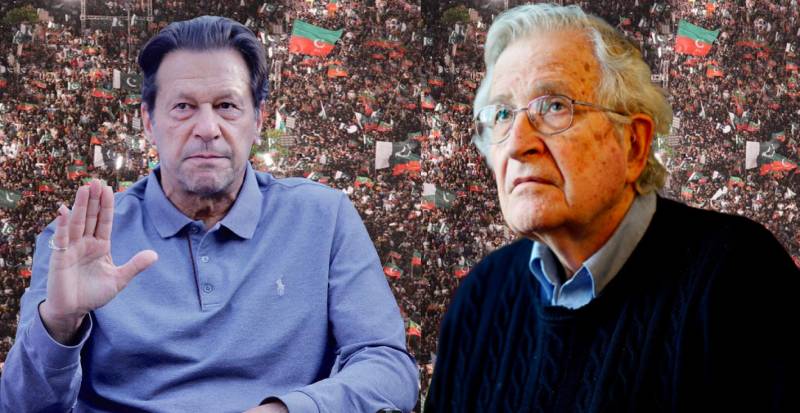 The PTI chairman continues to claim that there was a US-led conspiracy to remove him because of his refusal to stand by Washington against Russia and China.

Amid the foreign conspiracy controversy, the internationally renowned professor of linguistics and a longstanding critic of US foreign policy, Noam Chomsky, said there was no meaningful evidence of a coup by the US against Imran Khan's government.

The world's most-celebrated intellectual made the statement during an interaction with a blogger. “The US is powerful, but not all-powerful. There is a tendency to attribute everything that happens in the world to the CIA or some diabolical Western plan. There is plenty to condemn, sharply. And the US is indeed powerful. But it’s nothing like what is often believed,” Chomsky was quoted as saying by the left-wing blogger.

Expressing his views on the diplomatic cable, which former PM Khan dubbed as a foreign threat, Chomsky said he did not consider that as substantial evidence of US intervention for a regime change in Pakistan.

“By that logic, there are regime changes being planned constantly all over the world,” he added, saying “connecting of the dots was meaningless.”

The intellectual made the remarks days after Pakistan’s National Security Council rejected Imran Khan’s accusations that Washington had conspired to topple his government through a parliamentary vote of no confidence.