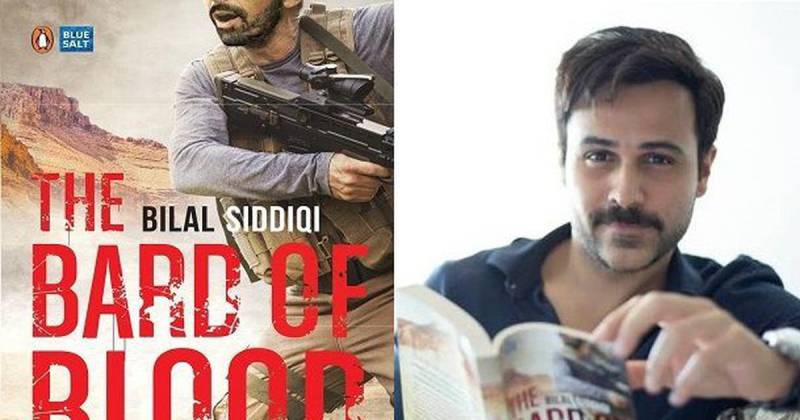 LAHORE - The majority of Pakistani social media users have slammed Shahrukh khan’s tweet along with the trailer of his web series Bard of Blood.

In Shahrukh khan’s tweet of trailer launch you will see a lot of Pakistanis posting the videos of Abhinandan and Kalbhushan Yadav along with the videos in which mobs were lynching Abhinandan.

Twitterati also posted the pictures of Kalbhushan Yadav talking to his family behind the glass walls, some are posting Salman khans picture from tiger Zinda hey along with an Indian citizen who was captured in Pakistan.

Many of the Pakistani replied that it would be better if you make web series on Kalbhushan Yadav, his capturing and his sentence instead, some said to make a movie on Abhinandan and show how he was captured and treated by the mob.

Below are some of the comments taken from Shahrukh Khan’s Twitter:

Mehwish Hayat has also tweeted about Shahrukh khan‘s upcoming  Netflix production. Hayat while sharing his post tweeted that it indicates what I said was true they are up with another story about Pakistanis and Pakistan as terrorists and Indians as soldiers and heroes, she said that every time they come up with this dirty maligning propaganda. 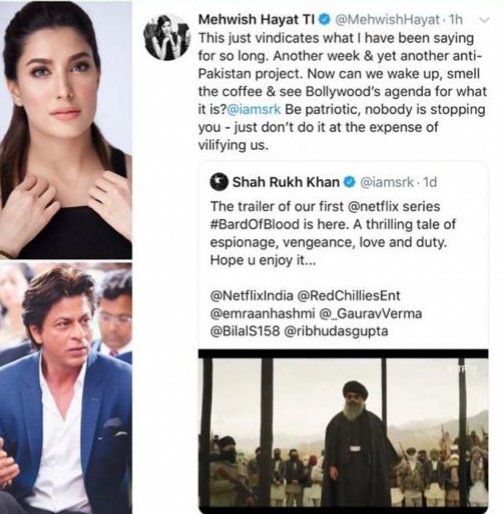 A few more responses by the Pakistani Twitter users:

U people are so obsessed with us and here we don't give a fuck. How delusional u people are. Lol we WIN!

@netflix it's 2019 and I think you should get rid of the racist, hate-mongering and stereotyping content. Pakistan is not what it is being shown.

And the obsession of India with ISI and Pakistan continues....yeh toh inkay asaab per sawaar hai... becharay.

A country whose majority of movies depict Muslims as terrorists - another feather in their cap? Cashing in on typical stereo types, sorry to say https://t.co/gjXQwmvBOL

India is a deluded nation, high on fantasies of Bollywood. They can only make propaganda films to demonize Pakistan. But when their spies & fighter pilots enter Pak, they are paraded on TV like this. RAW agent Kulbhushan Jadhav and IAF pilot Abhindandan captured in 2016 and 2019. pic.twitter.com/BSg0Ct82Aw

Bard of Blood will be released on Netflix in Hindi, Urdu, English and other languages, on 27th September 2019.